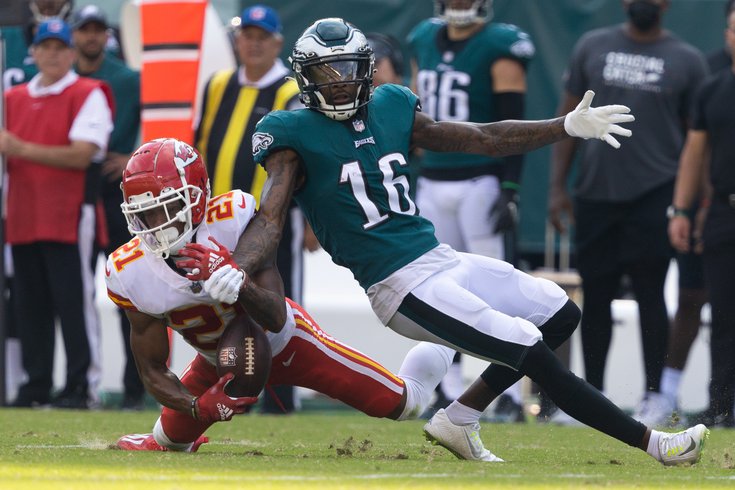 The Eagles had a frustrating day Sunday.

Welcome to Post Flight, PhillyVoice's weekly Eagles reaction show that airs the morning after each Birds game this season. Hosted by Eytan Shander, Post Flight will feature a rotating cast of PhillyVoice writers, including Jimmy Kempski, as well as other guests from around the football world.

From in-depth analysis of the most recent game to looking ahead at what comes next, Post Flight has you covered no matter what type of fan you are. And we'll do it all in about 30 minutes.

Week 4 — What went wrong against the Chiefs?

The Eagles defense allowed more than 40 points for a second straight week in their 42-30 loss to the Chiefs, with Andy Reid returning to Philly for the second time and picking up a milestone win in the process. And while the offense did enough to keep it watchable and competitive — they were stymied in the red zone three times in the eventual blow out. And penalties on both sides of the ball contributed again to the Eagles' defeat.

There is no shortage of topics to discuss as Eytan Shander, John McMullen and Kyle Neubeck dive into postgame analysis and look forward to Week 5. You can watch the show below, but if you'd rather listen to the audio version, you can check that out on Spotify. Be sure to like and subscribe.