Here's why you love getting the daylights scared out of you 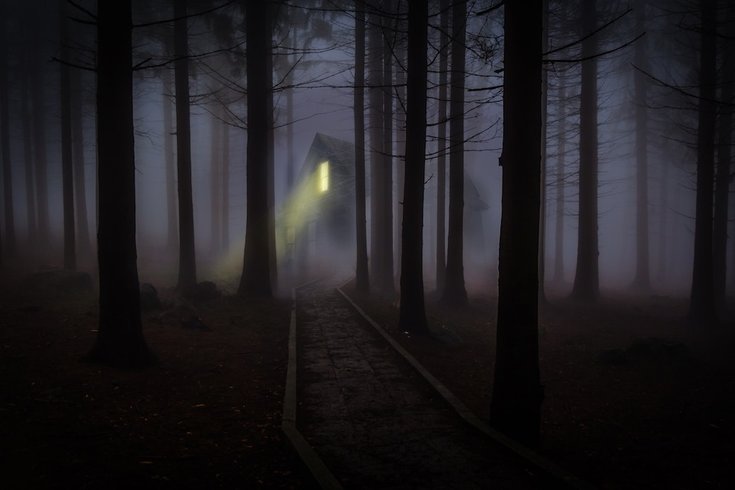 Turns out, haunted houses can make you happy and that's part of the reason some people keep coming back.

‘Tis the season for all things spooky and creepy, and while some people LIVE to be frightened in haunted houses and haunted woods, others run in the opposite direction.

So what causes this hot or cold response to a scare — it has to be some difference in brain chemistry, right?

Wrong. Well, kind of. A recent study found that after having a voluntary scary experience — like watching a scary movie or going to a haunted house — people were in better moods and had decreased brain activity overall.

“We think it’s very similar, at least at a physiological and neurological level, to the runner’s high experience, where you’re really pushing yourself and your sympathetic nervous system is in go-mode,” explains study co-author Margee Kerr, a sociologist at the University of Pittsburgh who studies fear, to TIME. The idea is that once you’re clear of a scary situation, one that you *chose* to be a part of, relaxing and “feel-good” endorphins will make their way through the body.

In the survey, participants were recruited from folks who had purchased tickets to attend an “extreme” haunted attraction. The data, which measured the self-report affect, expectations, and experience, was collected from 262 adults before and after their spooky experience. Changes in the index of electroencephalographic (EEG) reactivity to cognitive and emotional tasks were further assessed in a smaller group of the sample, consisting of 100 participants, that wore brain sensors before and after their haunted jaunt.

The researchers concluded that about half of participants reported being in a better mood, while 33 percent reported no significant change and 17 percent reported to be in a worse mood. Most participants reported feeling happy after going through the haunted house, TIME reports, while others reported feeling more tired and anxious after the haunted house than they did before. Mood improvements were noteworthy among people who claimed to have “challenged their fears,” and among those who described the experience as “intense” and “thrilling.”

According to Business Insider, people enjoy getting scared out of their wits for three major reasons: 1. People who like being scared may feel rewarded by it, 2. Emotionally intense situations are more memorable and can bring people together, and 3. It has to be the right kind of fear in the right place.

Basically, the allure of haunted houses, scary movies and the like call upon the idea of the pleasure of pain. It comes down to how people experience things and that's why some people love to get spooked, while it makes other people, well, cranky. Keep that in mind this weekend when you’re trying to coax all your friends into going with you to a haunted house — it’s not for everyone!