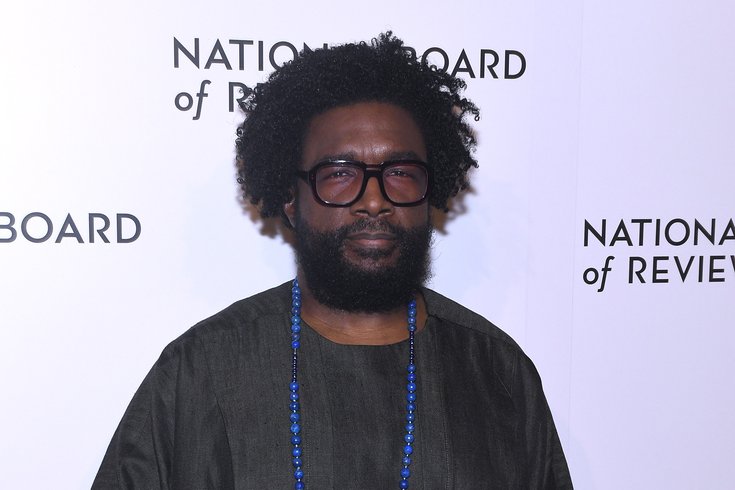 Ahmir 'Questlove' Thompson appears at the National Board of Review annual awards gala at in New York City on March 15, 2022. His award-winning 'Summer of Soul' is nominated for best feature documentary at the Academy Awards

Questlove has enjoyed a breakthrough year based on the success of "Summer of Soul," his Oscar-nominated documentary about the famed 1969 Harlem Cultural Festival.

The Roots drummer and DJ has opened up about the importance has in contextualizing the power of Black musicians to create a watershed moment for civil rights. It's one that deserves to be recognized among younger generations unfamiliar with the event, he has said.

After the documentary debuted at the Sundance Film Festival last year, it won the Grand Jury and Audience prizes in the festival's nonfiction category. The Sundance Institute later gave Questlove the 2021 Vanguard Award for his directorial work. In November, "Summer of Soul" swept the Critics Choice Documentary Awards, winning all six honors it was nominated for, and the film went on to win best documentary at the AAFCA Awards as well.

Former President Barack Obama, who annually releases lists of his favorite music, books and movies, even named "Summer of Soul" among his top picks last year.

Given all of the accolades, it's no surprise that Questlove's phone has been blowing up with calls from people looking congratulate him on his success.

During a Wednesday appearance on "Late Night with Seth Meyers," Questlove shared a story about Obama calling him from an unknown number while he was waiting for food delivery.

The order was taking longer than expected to arrive, and Questlove was starting to get grumpy. When he saw the phone call, he assumed it was his driver and began barking instructions into the phone to help him find his address. Here's how Questlove described it:

Even he said, 'Uh, well, you think I'm, uh, Postmates?' And I was like, 'Wait, you know what Postmates is?' You know what, though? I was so hungry at the time, I kinda wished it was Postmates.”

It seems Obama was a pretty good sport about the mix-up and didn't take it personally. Questlove didn't say whether the length of the call made him anxious because he was waiting for the Postmates call, or whether he ditched Obama when it finally came.

Elsewhere in the interview, Questlove talked about his growing relationship with Will Smith and how the archival "Summer of Soul" footage has helped many viewers identify their parents in attendance at the Harlem festival.

Questlove's "Summer of Soul'' is nominated for best feature documentary at the Academy Awards. The documentary is also up for best music film at the 2022 Grammy Awards, in addition to nominations at the NAACP Image Awards and British Academy Film Awards.

The documentary is available for streaming on Hulu and Disney+.