Black people are dying of COVID-19 at a disproportionate rate in New Jersey, reflecting national patterns 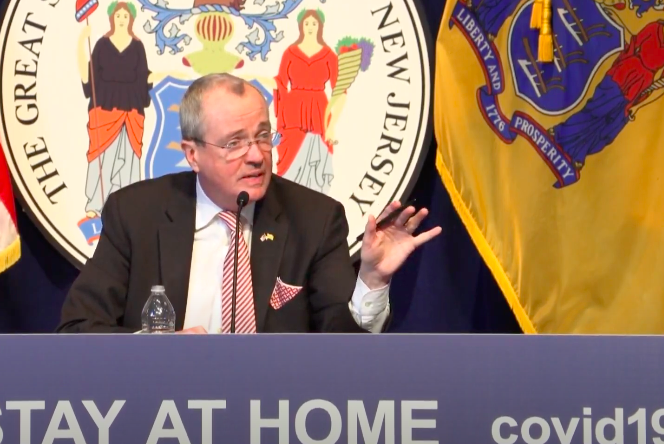 Gov. Phil Murphy said that a number of factors are contributing to the disproportionate representation of African Americans in the number of fatalities due to COVID-19 in New Jersey.

A disproportionate number of black residents in New Jersey are dying from complications caused by the coronavirus – a disparity that mirrors those seen in other states and cities, including Philadelphia.

There is roughly a 50% higher representation of fatalities among black residents than any other racial or ethnic groups, Murphy said.

Murphy attributed the disparity to a variety of factors. Black residents tend to live in more densely populated areas and lack the same access to quality health care, he said. They also are at greater risk for underlying health conditions, like diabetes and heart disease, and make up a greater portion of workers currently deemed essential.

“Those are things that we gotta continue to unpack,” Murphy said. “It’s not like we weren’t focused on those on a going-in basis before this crisis ever occurred. But now this, like a lot of other things, really shines a light on the weaknesses and inequalities of our society.”

White residents account for 52% of COVID-19 deaths, the most of any racial group, though they make up 72% of the state.

New Jersey reported an additional 2,625 confirmed coronavirus cases, bringing the state’s total to 71,030 as of Wednesday afternoon. There have been 3,156 total deaths, the second-most of any state. While North Jersey has been hit the hardest by COVID-19, there have been 3,998 positive cases and 108 deaths in South Jersey.

New Jersey isn't the only state seeing racial disparities among COVID-19 deaths and cases. Widespread disparities have been reported in Illinois, Michigan and Louisiana, among others.

Pennsylvania has not released racial demographic data for its COVID-19 cases, but Gov. Tom Wolf has acknowledged disparities likely exist. On Wednesday, he and Lt. Gov. John Fetterman announced a task force is being established to address the issue.

“We are working to improve our data collection so we can get a better statistical understanding as to how the virus has affected different groups of people," Wolf said.

Philadelphia officials reported Tuesday that black residents make up 40% of its coronavirus cases, the most of any racial group. But the city only has racial and ethnic data on 66% of its cases.

Hispanic and black adults worry more about contracting the coronavirus and spreading the virus than white adults, according to a poll released Tuesday by the Pew Research Center.

Pennsylvania recorded 1,145 additional COVID-19 cases to bring the state’s total to 26,490 as of Wednesday afternoon. There have been 647 deaths. Philadelphia and the four surrounding counties in Southeastern Pennsylvania have 13,662 confirmed cases and 349 deaths.