A daily glass of red wine is good for your gut's health, according to wide-ranging study

The study of nearly 1,000 showed that red wine drinkers benefited from the beverage's polyphenols 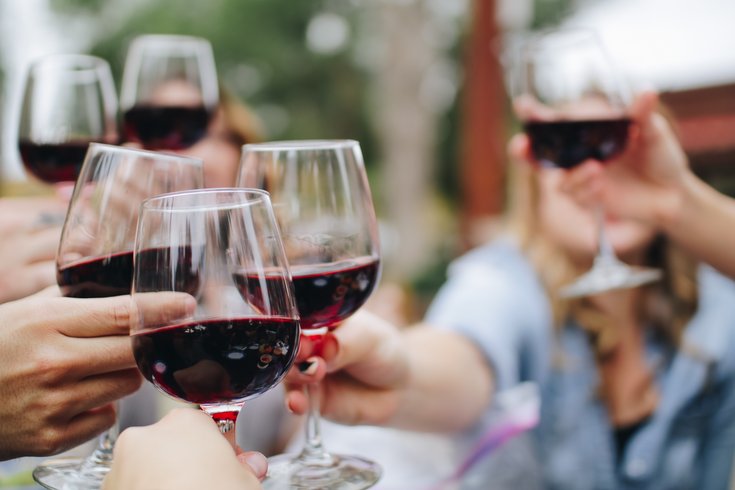 A new study from across the United Kingdom says a "small glass" of red wine, once a day, can be beneficial to your health, and specifically to your gut.

Need another reason to start your weekend with a glass of red wine? Here's a good one: you'll be doing your gut bacteria a favor.

A new study out of the United Kingdom found that a "small glass" of red wine, once a day, can be beneficial to your health, and specifically to your gut.

Researchers at King's College in London examined nearly 1,000 participants to examine the effects of red wine on gut-bacteria diversity. The study controlled for genetic and family biases by limiting the participants to pairs of twins, and found that the twin who drank more red wine had more diverse gut bacteria, which is an indicator of good gut health.

Unfortunately for pinot grigio fans, the study didn't find the same improvement in drinkers of white wine, according to the researchers. White wine drinkers had no significant differences in gut bacteria diversity in the study.

On the other hand, red wine's improvements weren't just limited to gut bacteria. The study also found lower levels of obesity and bad cholesterol amongst the red wine-drinking participants.

Gut bacteria seems to be having a moment.

Between the ubiquity of foods like kombucha and greek yogurt, with their live active cultures, and copious studies from researchers, "good" bacteria is actively shedding the word's unfortunate reputation.

Earlier this summer, researchers in Boston published a study in which the authors argued that a lack of gut bacteria was hurting, not helping, children, and contributing to a nationwide uptick in food allergies. While the study was largely focused on correcting food allergies, its messaging on gut bacteria was clear: more of the good stuff is a plus.

So you can drink a glass of red wine this evening, knowing you're helping your body function a little bit better.