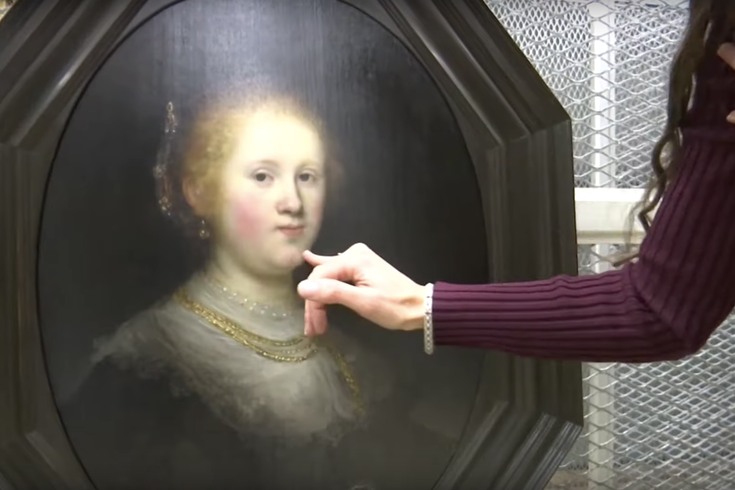 The Renaissance area-painting was completed in 1632 was discovered to have been painted by Rembrandt and depict the artist's sister. Rembrandt van Rijn lived in Amsterdam and is known for his religious and mythological works, as well as his portraits.

A 388-year-old painting in the Allentown Art Museum revealed itself this week to be a work of Dutch master Rembrandt.

"Portrait of a Young Lady" was already in the Lehigh Valley art museum's collection, but curators didn't know it was by one of the most famous artists of all time, NBC10 reported.

The painting had been covered by thick layers of paint for years, clouding the work's appearance. It entered the Allentown museum's collection in 1960 as a Rembrandt. But since the 70's, experts have considered it a work completed in Rembrandt's art studio but made by another artist.

In 2018, "Portrait of a Young Lady" was sent to NYU for conservation work and layers that obscured details of the painting were removed. Using x-rays and other new imaging technology, conservationists identified the work as a true Rembrandt by his familiar brushstrokes.

The Allentown Art Museum had a special showing of the work Monday.

The Renaissance-era painting was completed in 1632 and is thought to depict Rembrandt's sister. Rembrandt van Rijn lived in Amsterdam and is known for his religious and mythological works, as well as his portraits.

A similar work to "Portrait of a Young Lady" was up for auction at Sotheby's in 2002 and was valued at between $15 to $20 million.