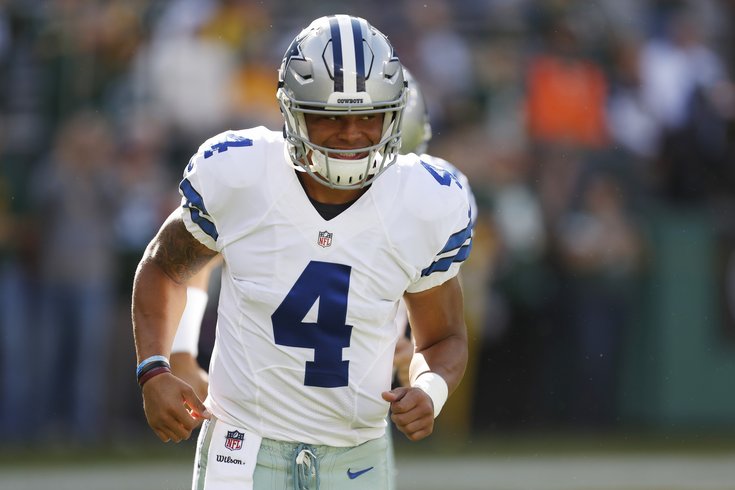 As we noted last week, a Dallas Cowboys beat writer opined that the Philadelphia Eagles would not see Tony Romo when they face the Cowboys Week 8 in Dallas. Instead, they'll face rookie quarterback Dak Prescott.

#Cowboys are starting QB Dak Prescott post-bye vs #Eagles, source said. No surprise. Tony Romo may not be ready to be considered vs #Browns

The Eagles and Cowboys may have both found their franchise quarterbacks of the next decade in the 2016 NFL Draft, but they took very different paths to get their guy. Obviously, the Eagles specifically targeted Wentz, trading a bounty of draft picks to move up to the No. 2 overall pick to get their guy. A reminder of what it took:

The Cowboys meanwhile, swung and missed on a number of quarterback prospects before settling on Prescott.

Both Wentz and Prescott have been stellar so far this season as rookies:

The Cowboys have a bye this week, so barring Prescott getting hit by a bus or Wentz getting destroyed by a Vikings defensive lineman (certainly possible), we'll get to see the first of potentially many Wentz-Prescott battles.