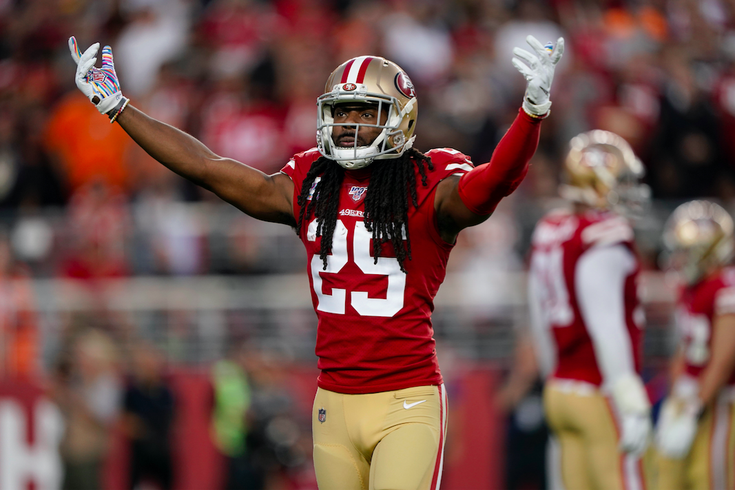 Some of you may have read a story this morning about how San Francisco 49ers cornerback Richard Sherman wasn't happy with Browns quarterback Baker Mayfield.

Sherman claimed that before the 49ers smoked the Browns 31-3 in Santa Clara, Mayfield refused to shake the hands of his opponents during the coin toss.

"What’s amazing, and annoying, was (Mayfield) not shaking hands at the beginning,” Sherman told Mike Silver of NFL.com. “That’s some college s***. It’s ridiculous. We’re all trying to get psyched up, but shaking hands with your opponent — that’s NFL etiquette. And when you pull bush league stuff, that’s disrespectful to the game."

If you read about this, you probably thought a little less of Baker Mayfield, who has already had his share of irritating moments since entering the NFL.

So Richard Sherman claims Baker Mayfield refused to shake his hand at the coin toss. This video seems to indicate otherwise: pic.twitter.com/4CgOsLKLPL

Why on Earth would Richard Sherman bother to lie about something like this? Not only did his team win, but he intercepted Mayfield early in the game. The night was a huge success for him already without needing to drag down Mayfield.

Exposed, Sherman later clarified that he actually felt the handshake he got was a shabby shake, so it might as well never have happened, as he sees it.

So you don’t see any difference in the way I shake everyone else’s hand and the guy who stands back with the petty shake. Was Bs and I took offense to it then turns and runs off. It’s not that big of a deal.

Philly sports radio veteran Howard Eskin, annoyed by all of this, took aim at Sherman on Twitter.

Sherman, not about to be bro'ed like that, fired back at Eskin.

Ppl freaking out over a handshake gave me a good laugh. I will lose no sleep over it and have moved on to the next opponent.

Eskin is no stranger to Twitter feuds with players on teams other than the Eagles. Over the last two seasons, he maintained a beef with former Cowboys wide receiver Cole Beasley, who has since taken his rapping talents to the hip-hop mecca of Buffalo.

Eskin may have simply needed a new nitwit with which to spar. He escalated the feud with a video tweet calling Sherman a "clown" and telling him to "shut the bleep up."

The 49ers don't play the Eagles this season, so we won't see Sherman in Philly unless they happen to meet in the playoffs. We'll see if Sherman decides to engage Eskin any further.

Lmao still going? Who exactly are you?