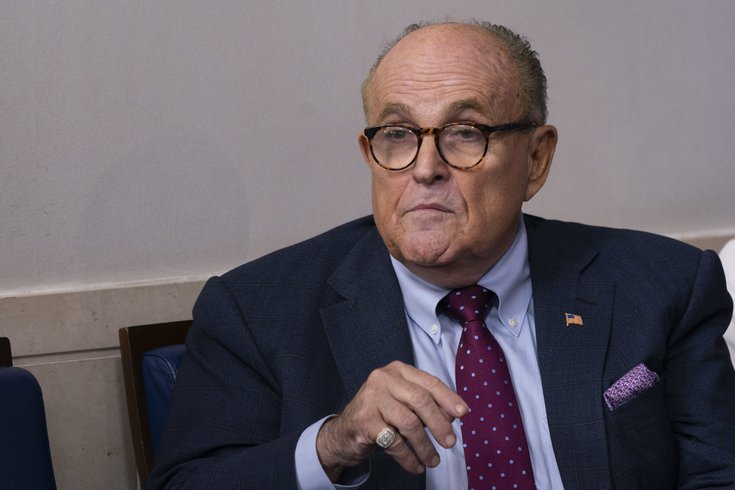 Rudy Giuliani will attend the Columbus Day event that is being put together by “Italian Americans for Trump 2020.”

Former New York City Mayor Rudy Giuliani will be coming to Philadelphia on Monday for a rally with Italian Americans who support President Donald Trump’s reelection this fall.

The Columbus Day event is being put together by “Italian Americans for Trump 2020” and will “highlight President Trump’s important accomplishments benefitting the Italian American Community,” according to Trump’s campaign website.

Giuliani, who currently serves as both an adviser and lawyer to Trump, will be joined by former GOP U.S. Rep. Lou Barletta. Barletta represented Pennsylvania’s 11th Congressional District from 2011-2019.

The rally is slated to be held at 2300 Arena on S. Swanson St. in South Philly at 5 p.m. on Monday. Monday’s event comes approximately three weeks before Election Day on Nov. 3.

Posted by Italian Americans for Trump on Saturday, October 10, 2020

Polling indicates that the race for Pennsylvania could be close. The former vice president currently leads the Republican incumbent by an average of 7.1 points in the state, according to Real Clear Politics. In a recent NBC News/Marist College poll of likely voters, Biden leads Trump by 28 points in the Philly suburbs.

Biden will take part in an ABC News Town Hall in Philly on Thursday. The town hall will be moderated live by George Stephanopoulos at a location not yet disclosed in Philadelphia. Additional details about the event will be revealed in the coming days.