"I want answers!" the partner of the boy's mother told PhillyVoice. "I just want justice for Brendan.” 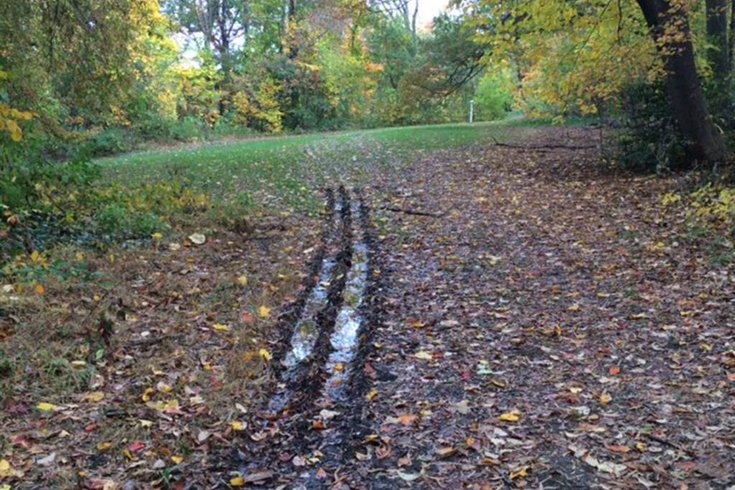 Nearly three weeks later, neighbors in the Westmont section of Haddon Township are left to wonder what happened to three-year-old Brendan Link Creato in the hours leading up to the discovery of his lifeless body in the woods near Cooper River Park on Oct. 13.

Residents in the Haddon Township neighborhood where the body of three-year-old Brendan Creato was found nearly three weeks ago – minus any official word on what happened to the toddler – say they are left to wonder while hoping an arrest is made soon.

They aren't the only ones who want answers in the mysterious case.

Matt Holshue, the partner of Brendan's mother, Samantha Denoto, said Friday that he wants justice for the little boy.

“I just want to know what happened to Brendan," he told PhillyVoice. "I want answers! I don't have much to say about things going on. I just want justice for Brendan.”

Denoto did not respond to a request for comment.

The boy's father, David "DJ" Creato, did some of his own investigating on a visit to the woods where his son's body was found by a police dog on the morning of Oct. 13, one neighbor said.

According to Judie Ladd, who lives across the street from the woods near Cooper River Park, "DJ" Creato came to the woods with someone else, who said they were conducting their own investigation.

“He never said a word. Not a word, not one the whole time. He just stared,” Ladd said of Creato.

The pair were coming out of the woods.

Ladd and her mother, Jane Pipes, said a swarm of investigators came day-after-day in succession earlier this week, ending on Wednesday.

Among the vehicles were a mobile crime lab, unmarked black cars, an unmarked van, and a K-9 unit, which spent hours in the woods behind Vesper Avenue.

Ladd and Pipes said it struck them as odd that the woods were left virtually alone for such a long period of time, only to see police return once again long after the toddler’s body was found and removed.

"Everybody wants answers. A lot of people are a little leery right now. No one wants to let their kids out of their sight." – Bob Edginton, neighbor

In fact, for the past two weeks, police were only occasionally present in the woods of Cooper River Park.

An initial autopsy of the boy's body has been inconclusive in pinpointing the child's cause of death.

Authorities are awaiting a final toxicology report, a requirement to complete the autopsy.

McNeil declined this week to comment on when that toxicology report is expected.

Authorities have said only that the tot was not physically molested and there were no signs of forced entry at the apartment.

Richard J. Fuschino Jr., attorney for DJ Creato, Brendan's father, has said that the boy's father is not considered a suspect in the boy's death. Contacted Friday, he declined to comment on any aspect of the case. 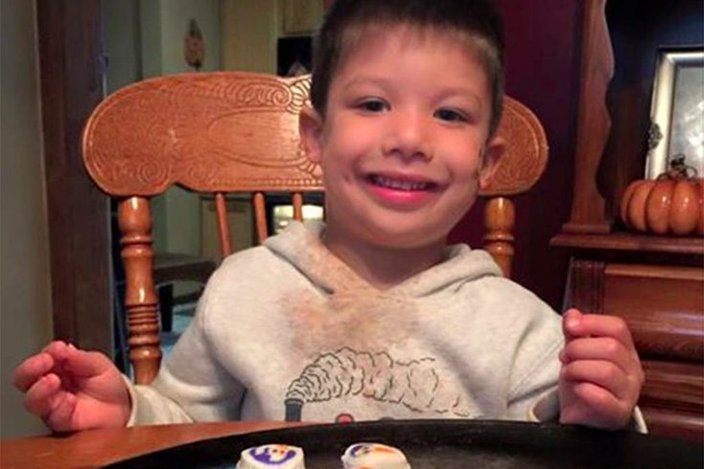 Full results of an autopsy on the body of three-year-old Brendan Link Creato are pending and preliminary results have been inconclusive regarding the boy's cause of death. (Source: Facebook)

DJ Creato's neighbors said Friday that speculation has run rampant as to what – or who – might have killed the young boy.

And, with Halloween right around the corner, some in the community said they worry about their kids going out on the streets alone, since no arrest has yet been made.

"Everybody wants answers," said Bob Edginton, a neighbor of Creato. "A lot of people are a little leery right now. No one wants to let their kids out of their sight."

On Friday, Robert Edward Petralia, who lives in the same apartment complex where Brendan lived with his father, said he was asleep on the night of the boy's disappearance. An upstairs resident of his building, however, told Petralia that he heard an argument outside the apartment house that evening.

A blue car pulled up to the building, Petralia said, relating the neighbor's account, and two voices could be heard arguing in the street.

The neighbor "said he heard someone say a name and 'No, don't'," said Petralia. "I don't know what the name was."

That neighbor did not answer his door on Friday when PhillyVoice knocked at different times of the day.

That morning, Petralia said, police woke him up with a knock on the door to tell him Creato had gone missing and he hopped on his bicycle in an effort to help find the boy.

After more than two weeks, Petralia said, he's surprised the police haven't announced any suspects in the case.

"I figured they'd have come up with something by now," he said.

On Cooper Street, near Virginia Street, along the wooded area where the boy's body was found, there are two small memorials set up in his honor. They are decorated with toy trucks – a favorite of Creato's – while a stuffed Incredible Hulk, the character the boy planned to dress as for Halloween, sits mixed in with teddy bears.

Deeper into the woods, there's another memorial to the boy at a feeder creek to the Cooper River.

Here, a pumpkin reads "Mom mom's Buster Brown, forever in my heart" along side teddy bears and flowers.

"Like everyone here, I'm concerned," said Bill Wolf, a neighbor of Creato. "I'm concerned for my fellow neighbors.

Across the street from Creato's home, a neighbor – who asked not to be identified – said he hoped the police would make an arrest soon to ease neighborhood concerns.

"But, we really don't know what happened. And, you want closure," he said. "Hopefully, we will see an arrest soon and then we can have some closure."

Another resident, who asked to speak anonymously, expressed confidence that there is nothing to worry about.

“If there was something to this, a lunatic on the loose, I think the police would have said something," he said. "I think this is something else.”

“It would be nice if there was a definitive answer, but it takes time,” he added. 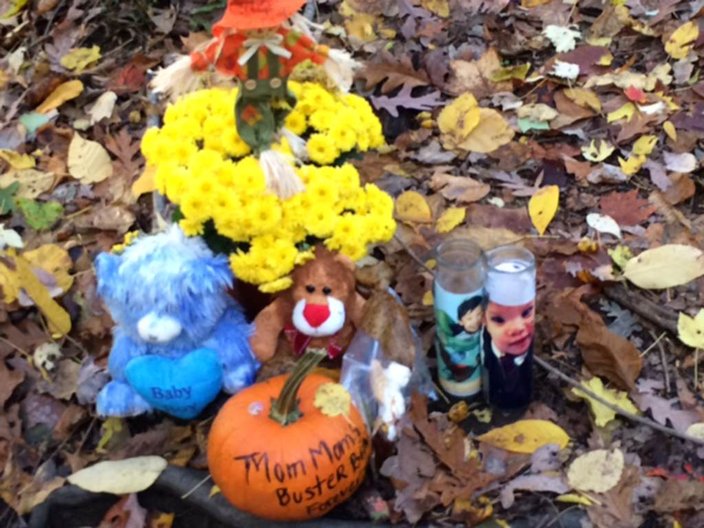 In the woods, near a feeder creek to the Cooper River and not far from where his body was found, a memorial to Brendan Link Creato includes a pumpkin that reads reads "Mom mom's Buster Brown, forever in my heart" alongside teddy bears and flowers. (Kevin C. Shelly / PhillyVoice)

On Wednesday, PhillyVoice reported that two witnesses have reported seeing an elderly man pushing a baby carriage covered with a blanket on the morning of the toddler's disappearance, near the wooded area where the body was found.

One witness said the man, perhaps 60 to 70, was said to have been pushing the coach at about 7 a.m. – an hour after the boy was reported missing, but two hours before his body was found.

William J. Brennan, the lawyer for DJ’s dad and employer, David Creato, declined to comment on a variety of issues Friday.

Brennan noted that his client is “a young-looking 49.”

The lawyer also declined to discuss the business relationship David Creato has with Firas Emachah, who has spoken for the family to the media on several occasions.

DJ Creato’s 17-year-old girlfriend, Julie Spensky, had painted an unflattering picture of Emachah in a long Tumblr diatribe – since taken down. It accused him of not making payments to employees and stalling payments to sub-contractors.

David Creato and Emachah were seen together Friday by a reporter at a new location for Creato Home Improvements in Haddon Heights.

Creato Window, which employed Spensky and DJ Creato, had operated out of David Creato’s home on Virginia Street, two blocks from the apartment DJ Creato shared with his son.

Attempts to reach Emachah for comment were not successful.