Cain Leathers, 27, chose to make the journey in May because it's Mental Health Awareness Month. He hopes to collect at least $5,000. 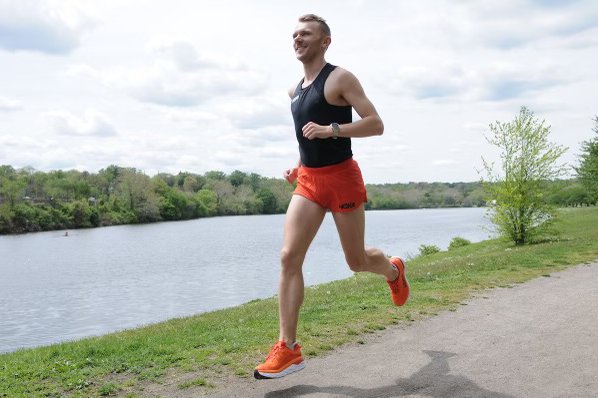 Philadelphia's Cain Leathers, 27, is currently running 370 miles across the entirety of Pennsylvania to raise money for the Trevor Project, a charity focused on LGBTQ+ youth mental health which runs a national suicide intervention hotline.

A runner traversing the entire commonwealth to raise awareness around mental health issues and suicide prevention will likely finish his weeklong 370-mile trek in Philadelphia on Sunday.

Cain Leathers has a goal of collecting $5,000 for the Trevor Project, a mental health charity focused on LGBTQ+ youth which runs an anonymous 24/7 nationwide suicide hotline.

As of Saturday morning, the 27-year-old Philadelphia resident had already raised nearly $4,000 through the Trevor Project's website.

He chose to do the run in May, which is Mental Health Awareness Month.

The cause is personal for Leathers, as in the past he's struggled with suicidal ideation. He was briefly hospitalized for these thoughts when he was 17.

Leathers grew up in rural Ohio, where he said it was hard to find people who accepted his queer identity.

“I know what it’s like to be in a world where you feel alone, to not have family around that you can turn to.” the athlete said.

But over the last 10 years, Leathers has found solace in training for marathons and other long distance running events. He now works in the running industry.

“When I’m running, I can be whoever I want to be," Leathers said. "There’s no pretending. No hiding. Just me and the road and my limitless ambition.”

He began his journey at the West Virginia border last Sunday and is expected to finish his run at the foot of the Benjamin Franklin Bridge at some point tomorrow.

To do this, he's been running about 40 to 50 miles every day this week.

Leathers has been posting regular updates on his journey with pictures to his fundraising page. The journey has reportedly not been an easy one, but the runner has persevered.

Leathers worries this crisis could get worse due to the wave of anti-LGBTQ+ legislation that has been passed in recent months. Many of these bills target the youngest members of the queer community.

This includes a Florida law which regulates which bans K-3 teachers from speaking about gender identity or sexual orientation in the classroom and an Alabama law which criminalizes anyone who provides gender-affirming care to a transexual person younger than 19.

The Trevor Project's hotline can be reached at (866) 488-7386. Counselors are also available via text message or through the charity's website.