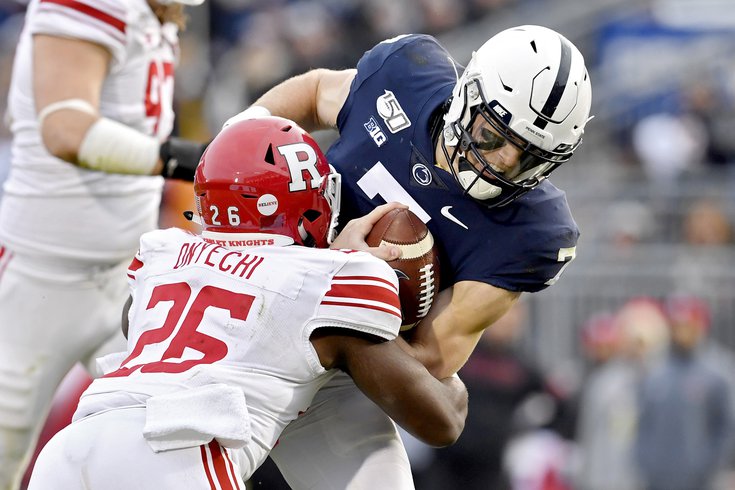 The Rutgers Scarlet Knights football team is dealing with an outbreak of COVID-19, including at least 28 players who have tested positive. New Jersey officials believe the outbreak is not related to athletic activities.

At least 28 players for the Rutgers Scarlet Knights football team and several members of the team's staff have now tested positive for COVID-19, nearly doubling the number of cases since team activities were suspended last month.

Multiple anonymous sources told NJ.com the team's outbreak had grown early this week, with multiple players showing symptoms commonly associated with COVID-19. Several other players who appeared to be asymptomatic also tested positive for the virus, according to the report.

All Rutgers players are quarantining in on-campus dorms through Aug. 8, which is one day after the NCAA will permit training camps for college football teams to start nationwide.

New Jersey health commissioner Judith Persichilli said last week she believed the outbreak at Rutgers was connected to a social gathering outside of football activities. At the time of her remarks on July 29, 15 football players had tested positive for COVID-19.

Gov. Phil Murphy, who recently allowed contact sports to resume in New Jersey, said Tuesday he believes the cases at Rutgers mirror similar outbreaks linked to gatherings across the state.

"It is our overwhelming sense, and I can say almost with complete certainty, that the outbreak was not related to athletic activity," Murphy said. "In other words, it was outside of the lines of their preseason preparations. And so if that's true, it's consistent with where we've seen a lot of the outbreaks of late."

Murphy tightened the state's COVID-19 restrictions on Monday amid rising coronavirus cases linked to social gatherings, including outbreaks among lifeguards in Harvey Cedars and Surf City and a house party in Jackson, Ocean County, that counted as many 700 people in attendance.

Murphy said Tuesday he does not anticipate intervening in the Rutgers outbreak or calling for the team to cancel the season, as New Mexico Gov. Michelle Lujan Grisham recently implored colleges in her state to do with fall sports.

"It is worth noting that conferences matter here," Murphy said. "So what the Big Ten decides, what the NCAA decides (is important). Frankly what our posture is, for the moment we'd like to see proceed."