On the latest episode of 'This American Life,' the Philly native opened up about his journey from rideshare driver to game show celebrity 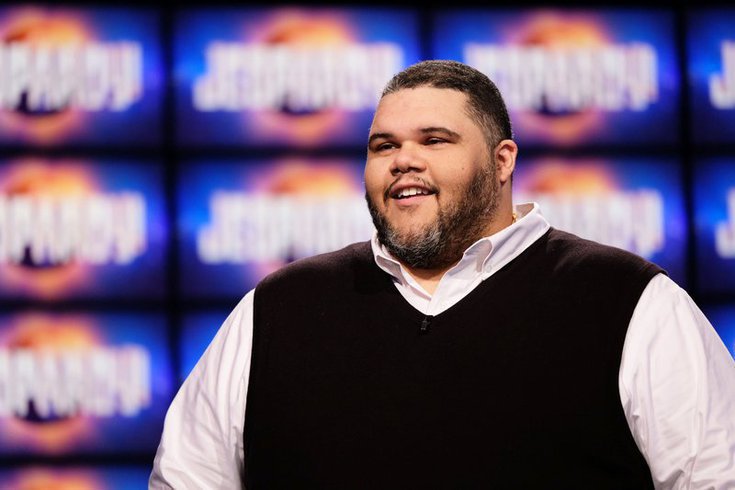 On 'This American Life,' Ryan Long discussed his childhood in Philadelphia, his journey to 'Jeopardy!' and how his life has changed since his 16- win run on the game show.

"Jeopardy!" champ Ryan Long opened up about the struggles he faced as a child growing up in Philadelphia on the latest episode of the podcast "This American Life."

Long, a former rideshare driver from Mount Airy who won 16 games and nearly $300,000 on the show last summer, described himself as an avid reader who browsed the newspaper by age 2. But he said he felt he had to hide his intelligence to fit in with other students at school.

MORE: Quinta Brunson sits down with Oprah to discuss her rise to fame and the success of 'Abbott Elementary'

He described himself as a "husky" kid who was working out his mixed-racial identity – his mother is Black and his father, who died when Long was 17, was white. And being in gifted classes made him feel all the more isolated.

Along the way, he became quite the self-saboteur. He barely graduated from high school and dropped out of community college after one year.

"I'll oversleep, or I'll be late, or won't show up, something like that," Long said on the podcast. "It happens a lot, especially for things that could potentially benefit me. Because some part of me is either 'this is stupid' or 'you don't deserve it' or something. And I'm pretty sure that's depression."

Nearly overnight, Long has become a local celebrity known for this smarts.

Earlier this fall, Mayor Jim Kenney celebrated his success during a ceremony at City Hall. Long also appeared on "Celebrity Jeopardy!" to give clues about Philly and earned a spot in the "Tournament of Champions," though he lost in the first round. He even had his own float during 6ABC's Thanksgiving Day Parade, which he shared with his 9-year-old son, Nathan.

Despite all of his successes, Long spoke on the podcast about his mental struggles and all he's had to overcome to achieve his successes. On Twitter, he expressed his surprise at how open he was during his discussions with Bim Adewunmi and Zoe Chace.

Had a little mini-freakout earlier and deactivated my account. Don't know why, but the TAL piece shook me because I'd never heard myself that open on tape before. For a normally closed off person, it was just a lot. But eventually I realized I was letting my fear rule me. I'm OK.

"This American Life" is a weekly  and podcast hosted by Ira Glass. Each week, his team chooses a theme and puts together stories that go along with it.

Long's episode, released Nov. 25, is titled "Through the Looking Glass." The theme is described as, "People trying to coax each other across the line, from one side to the other." The second act, "Who Is Ryan Long?," paints Long as someone attempting to lure himself from his former reality and into a new one, all while appearing on national TV. Adewunmi, a self-proclaimed "Jeopardy!" and Long fan, hosted the segment.

(Listen to Ryan Long's episode of "This American Life" below. Or follow this link to listen using Apple Podcasts.)

"I rarely feel affection for 'Jeopardy!' winners," Adewunmi said on the podcast. "They're too mannered, too serious, too odd. But I was rooting for Ryan. I felt like I knew him."

A Twitter post Long made after his winning run – "it seems like society put you in a box and you are classified as a certain thing, with a certain destiny, even though you may feel differently inside" – also stuck with Adewunmi. So she and Chace traveled to Philadelphia to speak with Long.

Long became a father in his 30s, and began working all sorts of jobs to provide for his son.. At various times, he was an airport security worker, package handler, office clerk, piano mover, water ice seller, UPS worker, cashier, bouncer and a street sweeper, to name a few.

Everything changed when Long got a bad case of COVID-19 in January 2021. The illness hospitalized him for three weeks; he was put on oxygen to stay alive. After being discharged, his knee gave out, and then he was diagnosed with diabetes. He said he realized his life was passing him by.

"I felt in the moment like I'd wasted my life thus far," Long said. "I hadn't done anything I wanted to do. I hadn't gone anywhere that I wanted to go. I started feeling like maybe I didn't have a huge amount of time left. My dad died young. His dad died young. I didn't want to have to do that to my kid. I found my dad dead. I thought, if you're going to have a memory of me, have a good one."

It was around this time that Long got the call from "Jeopardy!" after taking its online entrance test. He had been a "Jeopardy!" fan long before he set foot on the Alex Trebek stage at Sony Pictures Studios.

"I would have loved to have met Alex Trebek," Long said. "He was a hero in my house. He's one of few white men I know that can pull off a perm."

He scraped together the money to head to California for the first time, thanks to friends and family, and showed up to "Jeopardy!" with no expectations or even much practice. While other contestants had studied arduously, Long was busy working.

"These are people that all year long they study, buying books on the buzzer technique and all that," Long said. "When I've found out that people did that ... I felt like, oh, should I have studied? I guess, maybe."

"I don't look smart, whatever that means – I look like a bruiser," Long said. "And people underestimate me a lot. I know I'm kind of smart. I know what I can do. There was a little tiny bit of class satisfaction. I don't mind admitting it ... that I came in and beat all these wonderful people. People like my mom, people like me, we've always watched the show. We've just never been represented on the show before, I guess you could say. But we're out here."

Since taking home the prize money, Long stopped working as a rideshare driver and bought a new truck. He met with people from a community improvement group for advice about what to do with this earnings, and they told him to prioritize himself, a foreign concept for him.

"I wasn't a very reflective person, or anything like that, and I neglected myself for about 30 years," Long said. "So I figured now is the time. I have a rare chance, which it seems like a lot of Americans don't have anymore. Because I got time to improve myself, take a real good look at myself, you know?"

One of the most valuable things that Long said he received from his "Jeopardy!" experience is the abundance of extra time he now has, made possible by his newfound fortune.

"They say money can't buy happiness, but it buys everything that makes you happy – even time," Long said.