'Jeopardy!' winner Ryan Long will have his own float during 6ABC's Thanksgiving Day Parade 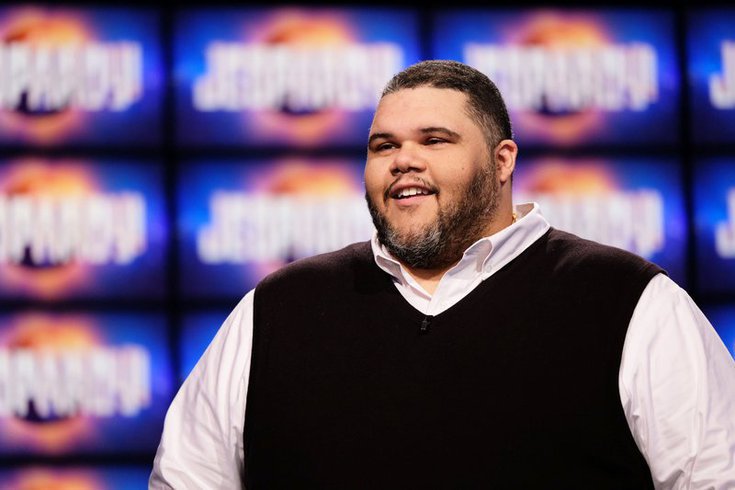 Philadelphia native and 16-time Jeopardy! winner Ryan Long will have his own float in the 6ABC Dunkin' Thanksgiving Day Parade.

Mount Airy native and "Jeopardy !" contestant Ryan Long made a name for himself when he went on a 16-game win streak on the game show earlier this year.

Long a former ride-share driver, had the ninth-longest win streak on the trivia knowledge show, amassing over $300,000 in winnings.

Now Long will get the opportunity to ride in his own float on Thanksgiving and thank Philly for their support.

On Nov. 24, during 6ABC's annual Dunkin' Thanksgiving Parade, Long and his nine-year-old son Nathan will ride down the Parkway waving at onlookers to celebrate the holiday as a part of the city's all walks of fame.

Ryan surprised his son with the news with the help of 6ABC reporter Alicia Vitarelli.

Nathan told Vitarelli that his favorite thing about the holiday was the parade.

Much to his surprise, Nathan let out an ecstatic "oh my goodness" and broke into a series of jumps after his dad told him he would be in the parade, noting that being on a float was his dream.

Ryan, who is humble and does not like to be in the spotlight or the center of attention, said he knew he had to accept the opportunity for his son.

After competing on the regular "Jeopardy!" Ryan was invited to compete in the show's "Tournament of Champions," where he lost in the first round, finishing in second place behind challenger Maureen O'Neil.

Welp, I guess I won’t get to be part of Champ Season in Philly now lol…but I have zero regrets. I got to live a dream and I am so lucky to have been able to do that. I’d like to congratulate my two wonderful co-contestants, Maureen (go get ‘em!!) and @MegOnJeopardy. (1/4)

In September, Ryan was honored at City Hall by Mayor Jim Kenney for his success on the tv game show. Kenney presented Ryan with a model of the Liberty Bell.

Ryan's success came after a rough stretch during the COVID-19 pandemic. A severe battle with the virus forced him to quit his job with SEPTA before he started driving for the ride-share app Uber.

After "Jeopardy!" Ryan said winning the show gives him a chance to relax. He said he no longer has to work 14-hour days, and he's taking up learning a few languages.