Businesses can be reimbursed up to $3,000 for registering their cameras with SafeCam 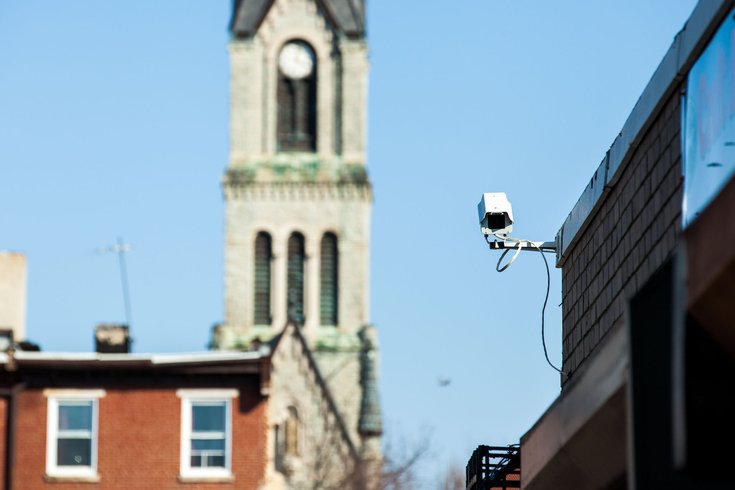 A security camera outside Northern Liberties Beer on Girard Avenue.

In the 2010 case, a young waitress was raped, brutally beaten and strangled to death before her naked body was found in a lot a few blocks from where she worked at the P.Y.T burger joint in the Piazza at Schmidts.

Lee possessed a potential clue that turned out to be a pivotal piece of evidence in the arrest and eventual conviction of Donte Johnson in the murder of 21-year-old Sabina Rose O'Donnell: surveillance footage captured by his store’s exterior camera.

Lee gave police permission to retrieve the footage, which showed Johnson following O’Donnell as she biked home from work. DNA would later connect Johnson to the gruesome crime. 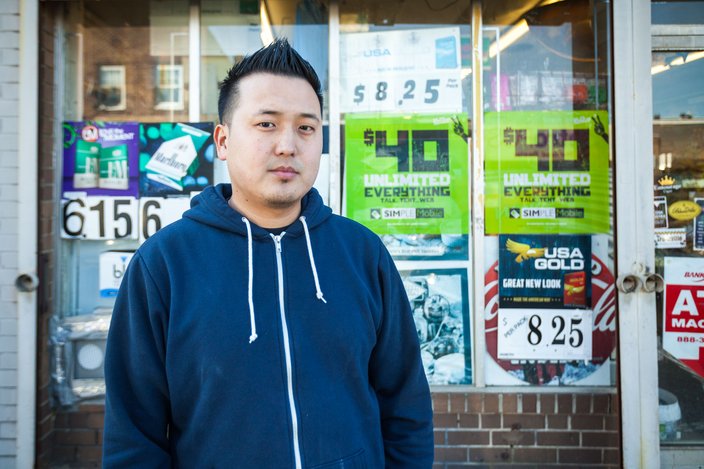 The Philadelphia Police have for a long time used publicly owned security cameras to assist them in crime investigations, but in 2011, the department took the effort further by launching SafeCam, an online initiative through phillypolice.com that allows residents and businesses to register their own security cameras with the police department. Registration only takes a few minutes online.

But detectives do not gain access to any video without its owners’ consent. Rather, the benefit of the program is that police know where cameras are located and can contact owners to request permission to view the video, hastening criminal investigations, said Sgt. John Massi, who helped launch the program.

“Oftentimes a crime will happen at night and even though there might be a camera fixed to a business outside, it will be closed and we won’t have a way of getting to the owner,” Massi said, adding that the first few hours of an investigation are crucial in solving a crime.

As an added incentive to encourage business owners to register their exterior cameras with SafeCam, the city’s department of commerce will reimburse business owners 50 percent of the installation cost, up to a maximum of $3,000.

There are certain requirements and an application process, found here.

Privately-owned surveillance footage has played an integral role in several cases of note, including the case of Carlesha Freeland-Gaither, 22, whose 2014 abduction from a sidewalk in the Germantown section of the city was captured on camera, Massi said.

The video made it clear from the outset that Freeland-Gaither was abducted and not a runaway, which would have delayed a police investigation. She was later found alive in the captivity of her abductor in Maryland, and was safely returned home to her family.

In a more recent incident, Massi recalled the theft of a pitbull puppy that was caught on camera. The dog, tied up outside a Rite Aid store in Port Richmond while its owner was inside the store, was stolen on March 2. Detectives were able to pull video of the incident from the store’s surveillance camera, which they posted on YouTube and the Philly Police blog.

Highway Patrol officers, who had watched the footage earlier in the day, noticed a vehicle matching the one captured in the video, which lead to an arrest and safe return of the dog.

Massi doesn't know the number of participating cameras or how many crimes have been solved with the assistance of the SafeCam program, but he noted that video alone is not always enough to get a murder solved.

The murder of Amber Long, who was shot and killed during a purse snatching incident while walking with her mother in Northern Liberties, is one example. There has yet to be an arrest made in her Jan. 19, 2014 murder.

In the wake of the death of Shane Montgomery, 21, who went missing on Thanksgiving Eve after a night out at a bar in Manayunk and whose body was found 36 days later in the Schuylkill River, Philadelphia City Councilman Curtis Jones Jr. last month proposed an ordinance requiring every business that serves alcohol to install at least one exterior camera.

Jones’ proposal came at the request of Shane’s mother, Karen Montgomery, who told Philly.com that the search for her son's body may have ended sooner if Kildare's Irish Pub, where he had last been, had functioning exterior cameras.

"I don't want this to ever happen to anybody again," Karen Montgomery told Philly.com. "I lost Shane for 36 days. And I looked for him for 36 days. Every day. From early in the morning until it got too cold that you couldn't."

Jones' office said research was still being done on the proposal and council is currently considering the bill. It is unclear how many bars and restaurants in Philadelphia do not have cameras.

“These requests could be added as provisions by the zoning committee during our monthly zoning meetings,” said Katrina Mansfield, a member of the NLNA board, adding that group encourages and assists members in signing up for SafeCam.

"It's a great way to get to know your police officers," Mansfield said.

Lee, the Northern Liberties Beer manager, said he believes every business with a security camera should register with SafeCam.
"Those who are against it are usually the ones who have something to hide," he said.