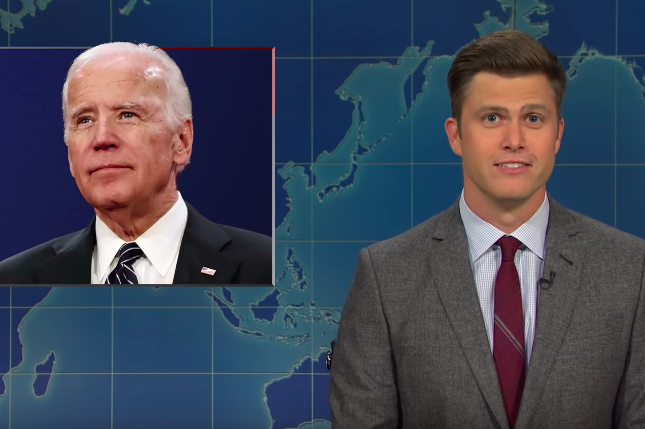 Colin Jost joked about President Donald Trump's claim that Joe Biden is corrupt on Weekend Update, noting that 'the guy lives in Delaware.'

The show was full of gold moments, from Waller-Bridge's energetic and perfectly-timed opening monologue to "Royal Romance," a sketch that brought to light the other mixed race British royal couple, the Duchess of Clerkenwell and Jimmy Jay "Thunderstick" Robinson.

The week's "SNL" may not have been quite as political as the premiere this season, but the show hit all the right spots on the latest with the Ukraine scandal thanks to Weekend Update.

He added, "Also, you're going after Joe Biden for corruption? I mean, the guy lives in Delaware. He still takes a train to work every day. If he's stealing billions of dollars he's waiting a long time to spend it."

Earlier this week, Donald Trump tweeted a Nickelback "Photograph" meme that shows Joe and his son, Hunter, with an Ukraine oil executive. It was quickly removed by Twitter following backlash. Jost joked about this, noting, "I would just like to point out that Nickelback is Canadian, so Trump was still technically using foreigners to go after Joe Biden."