Surprise! There are tiny tunnels running through your head 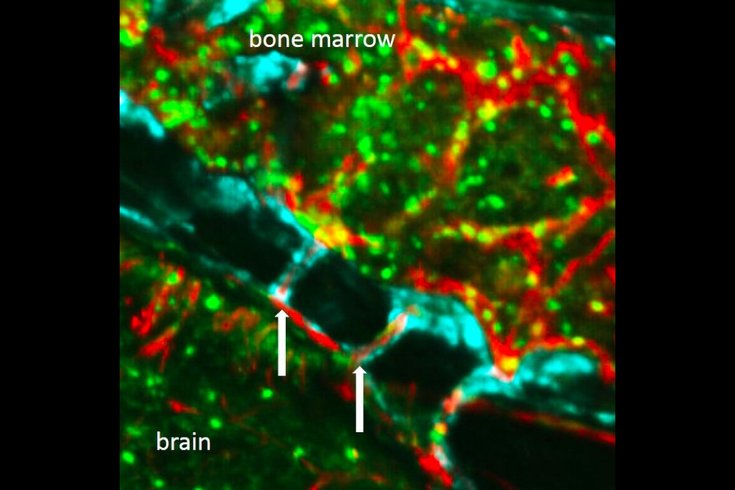 Newly discovered channels in the skull may provide a shortcut for immune cells going to damaged tissue.

Scientists studying differences in bone marrow activity made an unexpected discovery about our heads – there are tiny tunnels running within the human skull.

The tunnels – which connect skull bone marrow to the lining of the brain – may provide a critical shortcut for immune cells responding to brain injuries caused by stroke and other disorders.

Following a stroke, researchers found that the skull is more likely to supply immune cells to the inflamed brain tissue than the tibia – a large bone located in the lower leg. That differs during a heart attack, when the skull and tibia send similar amounts of immune cells to respond to damaged heart tissues.

This suggests that the injured brain and skull bone marrow may communicate in a manner that prompts a direct response, researchers found.

"We started examining the skull very carefully, looking at it from all angles, trying to figure out how (immune cells) are getting to the brain," said researcher Dr. Matthias Nahrendorf, a professor at Harvard Medical School. "Unexpectedly, we discovered tiny channels that connected the marrow directly with the outer lining of the brain."

But following a stroke, immune cells could be seen heading in the opposite direction toward the damaged tissue.

Researchers first discovered the tunnels by studying mice. But they later found similar channels when they examined human skull samples obtained from surgery. The human tunnels are five times larger in diameter.

The study was funded by the National Institute of Health and published in the journal "Nature Neuroscience."