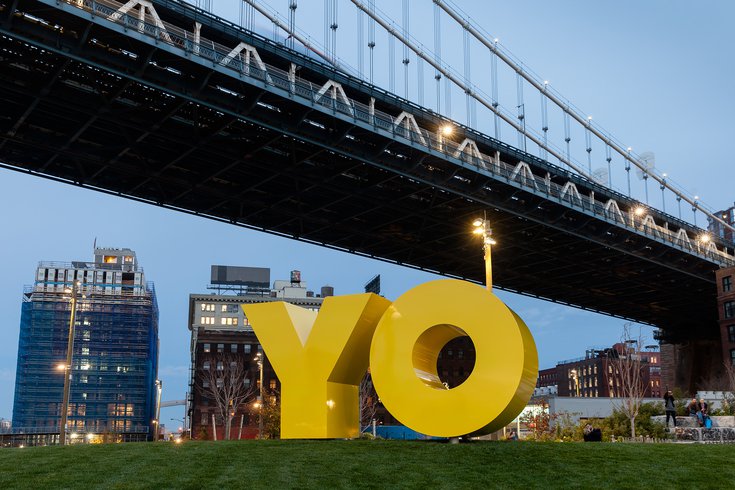 Artist Deborah Kass' OY/YO sculpture will spend a year in Philadelphia outside the Weitzman National Museum of American Jewish History at Fifth and Market streets.

American pop artist Deborah Kass gave voice to the feelings of her fellow Brooklynites in 2015 with a large sculpture of a painting she had done four years earlier.

Situated at Brooklyn Bridge Park, the sculpture could be read in two ways, depending on the vantage of point of the viewer. From one direction, the sculpture says "YO," as in the phrase we shout to get someone's attention, or just as often to express drawn-out amazement and sudden realization. From the other direction, the sculptures says "OY," the rueful Yiddish phrase popularized in American Jewish culture.

The bright yellow aluminum sculpture — 8 feet tall, 16 feet wide and 5 feet deep — will be installed on April 29 outside the Weitzman National Museum of American Jewish History. It will remain there for a year. 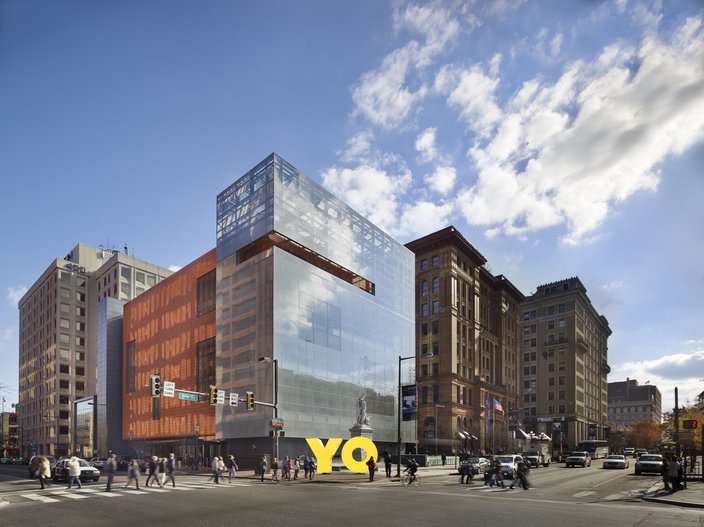 A rendering of Kass' sculpture in Philadelphia.

“I created OY/YO thinking about the American promise of equality and fairness and our responsibilities to make the country a better place for all,” Kass said of the sculpture. “With hate and division now on the rise, it is urgent to see our commonalities, what we share, and what brings us together.”


The artist is perhaps best-known for "The Warhol Project," in which she reimagined the pop icon's famed portraits with a series focusing on women in art and culture who inspired Kass.

Kass' website includes a number of photos that show how people in Brooklyn got creative with the "YO" sculpture during its time there. At one of Philadelphia's top tourist destinations, it will only a matter of time now before it starts popping up in Instagram feeds.