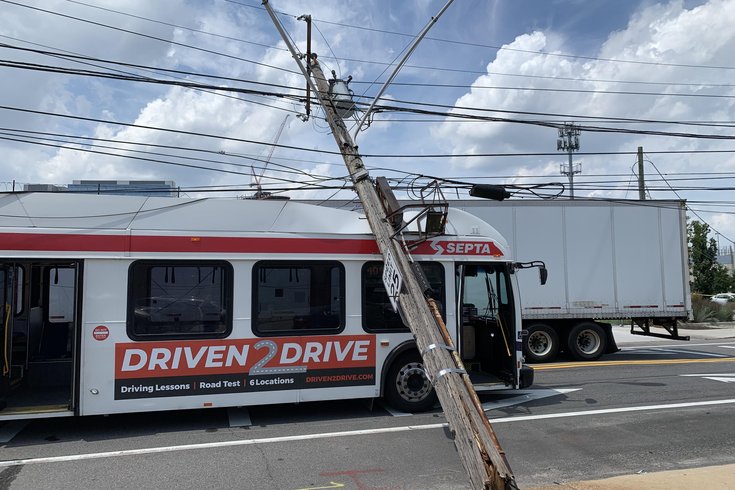 A power line pole came to rest on a SEPTA Route 40 bus on Wednesday after a tractor trailer collided with overhead wires.

An accident in Grays Ferry left public transit riders with a memorable scene Wednesday when a power-line pole fell on top of a SEPTA Route 40 bus.

SEPTA Public Information Manager John Golden said the incident began when a tractor trailer made contact with overhead wires. The wires pulled down a pair of poles, one of which came to rest against the bus.

No injuries were reported, Golden said, but a detour on the westbound 40 bus was put into place.

Golden said he didn't know if the bus suffered any damage. The photo above from @samesense seems to show a depression in the bus where the pole met the vehicle.