Altercation about coronavirus at Pennsylvania Sheetz store ends with gunfire 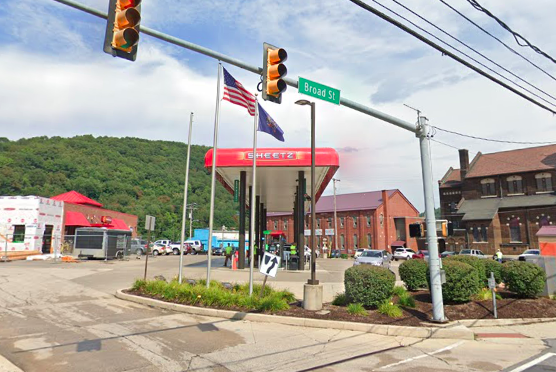 A fight at a Sheetz in Johnstown, Cambria County, started when two men argued about one of the men not covering his mouth when he coughed amid concerns about the coronavius.

Two Cambria County men face criminal charges stemming from an argument about the coronavirus at a Sheetz location in Johnstown, prosecutors said.

The March 28 incident began with one man, later identified as 56-year-old Guillermo Alvarez, walking around the Sheetz parking lot coughing without covering his mouth, authorities said.

William Sauro, 53, reportedly confronted Alvarez, telling him to cover his mouth when coughing due to "the virus going around," according to WJAC-TV.

The CDC strongly urges people to cover coughs and sneezes to prevent the spread of COVID-19.

Sauro's request was not taken kindly by Alvarez, first leading to an argument before Alvarez allegedly drew a pistol and fired shots at Sauro's vehicle. One bullet blew out a tire and and a second was fired through the windshield and lodged in the vehicle's speedometer.

When police later reviewed additional surveillance and bystander footage, it was determined that Sauro allegedly struck Alvarez with his vehicle prior to the shooting.

"We are living in trying and uncertain times right now, and everyone needs to exercise patience with one another and not resort to violence." Cambria County District Attorney Greg Neugebauer said in a statement. "Special thanks go out to our first responders, including the police, who throughout this pandemic continue to work with the public every day to ensure the health and safety of our community."

Sauro and Alvarez have both been charged with aggravated assault and recklessly endangering another person.