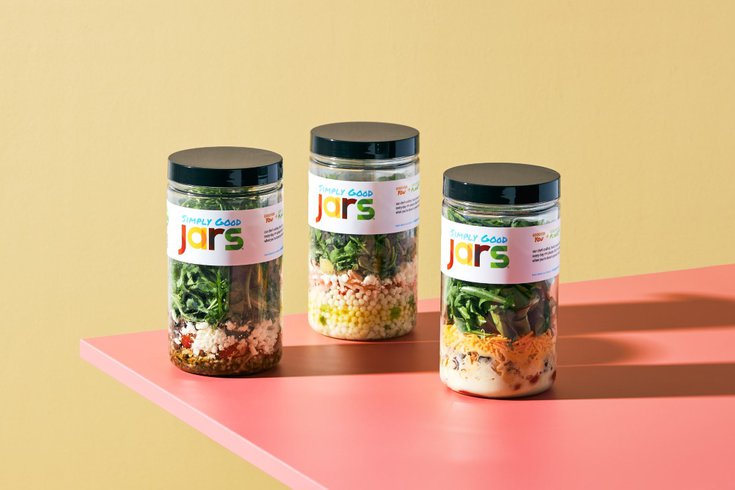 Simply Good Jars, a pre-prepared salad company based in Philadelphia, has seen massive success since it was featured on an episode of 'Shark Tank' last year. The company has now stuck a deal with Wawa, which will start selling the jarred product at 30 of its locations.

A Philadelphia-based salad startup that has seen massive success since it was featured on an episode of 'Shark Tank' last year has now struck a deal with Wawa, which will start selling the jarred product at select locations.

Simply Good Jars, a shake and eat salad company based around an innovative packaging technique that keeps greens fresh for two to three times longer than normal, has seen sales balloon by 1,200% since it was featured on the ABC show in March 2021.

Founder and Chef Jared Cannon, who grew up in Newark, Delaware, took $500,000 from "sharks" Lori Greiner and Mark Cuban in exchange for 10% of the company.


The salads are already available at several local retailers like DiBruno Brothers and Saxbys, as well as at La Colombe Coffee locations in the Philadelphia International Airport. They're also available online through Philly-based food delivery company Gopuff for between $8 and $10, and have become popular in hospital cafeterias across the city.

Wawa will begin by offering the product at 30 of its locations, mostly in the Delaware Valley but also in some of the chain's other markets.

Simply Good Jars is so excited to share we are now available at select Wawa locations! Check our store locator to find one near you: https://simplygoodjars.com/find-a-store/

Last month, Simply Good opened a new production facility in Florida, which aligns with Wawa's recent expansion in the Sunshine State. Cannon told the Philadelphia Business Journal that initial sales there were five times what his team had initially expected.

He said that his company was in talks with the Delaware County-based convenience chain for four years before a deal was finalized. In his mind, Wawa's customer base is the exact type of demographic that would appreciate his grab-and-go product.

Cannon founded the company in 2017 with a $1,000 loan after he graduated from Temple University's Fox School of Business, leaving an 18-year career in the restaurant industry. He got the idea after eating too many fast and easily available meals that were often unhealthy while studying for his MBA at night.

When Cannon went on 'Shark Tank,' he explained that although there was a lot of hype behind Simply Good, the company had sunk a lot of money into freestanding refrigerated vending machines in locations with "captive audiences," like universities and office buildings before the COVID-19 pandemic.

Amid the nationwide lockdowns brought on by the public health crisis, he said the machines were selling far less than what was anticipated and that the company needed more money to continue implementing its shift to a more traditional retail model.

But on the supply side, the company's innovative design has also left it more resilient to the supply chain disruptions that came with the pandemic, the Business Journal said.

Because all of the ingredients used at each Simply Good production facility are sourced from within a 500-mile radius, the company was able to fulfill nearly 99% of its wholesale orders in 2021, while similar companies with more diffuse supply chains were only able to fulfill roughly half of that.

Although the company is expanding rapidly, Cannon doesn't plan to expand internationally until 2022 or 2023. The company is currently in the process of patenting its packaging process in the U.S., Canada and Europe.