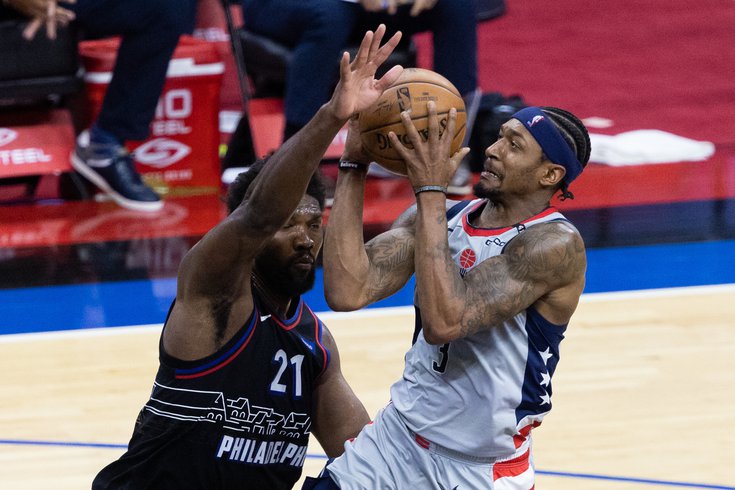 Can the Sixers seize a commanding 3-0 lead Saturday night?

The Sixers have benefitted from having extensive off days in between games so far this postseason. That ends tonight in Washington.

After Saturday night's bout — a 7 p.m. start airing on ESPN and on NBC Sports Philly — the Sixers will join the rest of the NBA postseason teams in having a day off in between games for the rest of the playoffs. That is, of course, unless they take care of business against the Wizards and can get some extra rest by sweeping their I-95 rivals.

Philly is a big favorite Saturday, by 6.5 points on the road according to Pickswise.com. If they go up 3-0 on the Wizards, who may or may not have a healthy Russell Westbrook to lean on — they'll have a chance to wrap things up Monday night.

If they don't complete the sweep, Philly will be able to host 20,000+ fans in a jam-packed Wells Fargo Center for the first time since last March, an undeniably strong home court advantage that will serve them well as they face off against better opponents later in their NBA Finals trek.

We've already looked at what made them successful in a Game 2 blowout, and Kyle Neubeck answered a bevy of questions from fans ahead off Game 3. After you read those, be sure to follow along live, right here to see what's being said during the game with our live stream and open thread.

Also, check back after the buzzer for Kyle's instant observations.