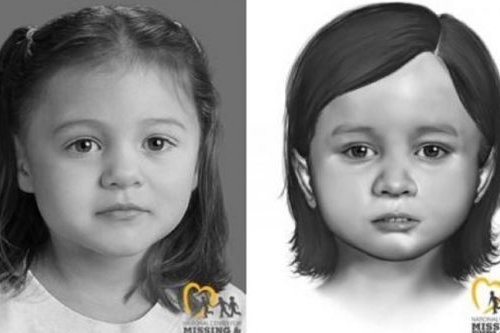 The remains of Emma Cole, 3, were found at a softball field in Smyrna, Delaware on Sept. 4, 2019. More than a year later, Pennsylvania couple Brandon and Kristie Haas have been taken into custody as part of an ongoing investigation.

A Pennsylvania couple was taken into custody this week in connection with the death of the 3-year-old girl whose remains were found last year by a dog walker in Smyrna, authorities said.

Police announced a breakthrough in the case on Thursday, identifying the victim as Emma Cole. The girl's body was found in Little Lass Field, a softball complex in Smyrna, on Sept. 4, 2019. Authorities believe she had been deceased for several weeks before her remains were discovered.

Early on in the investigation, police used facial reconstruction software to recreate what Cole looked like and identify her. Authorities said there had been evidence of a possible fire where she was found, but the circumstances of her death remain under investigation.

This week, authorities in Pennsylvania charged Brandon and Kristie Haas, 38 and 28, with "arrest without prior requisition," giving the state the ability to coordinate extradition to Delaware, according to Delaware Online.

The couple, formerly of Smyrna, currently are considered "persons of interest" in the case.

Facebook posts and court records found by The News Journal indicate Brandon and Kristie Haas were evicted from a home in Smyrna about a mile away from Little Lass Field in Octobert 2019.

It's not yet clear where the couple resided in Pennsylvania, but records show Kristie Haas had a home remodeling business, "KBHAAS DESIGNS," registered in Glen Mills, Delaware County, as of August 2020.

Smyrna police have worked with National Center for Missing & Exploited Children and police departments across the region throughout the investigation. They continue to work with the FBI. It's unclear whether the girl ever was reported missing.

"This investigation remains very active, with search warrants being executed, evidence being processed, and interviews being conducted," police said.