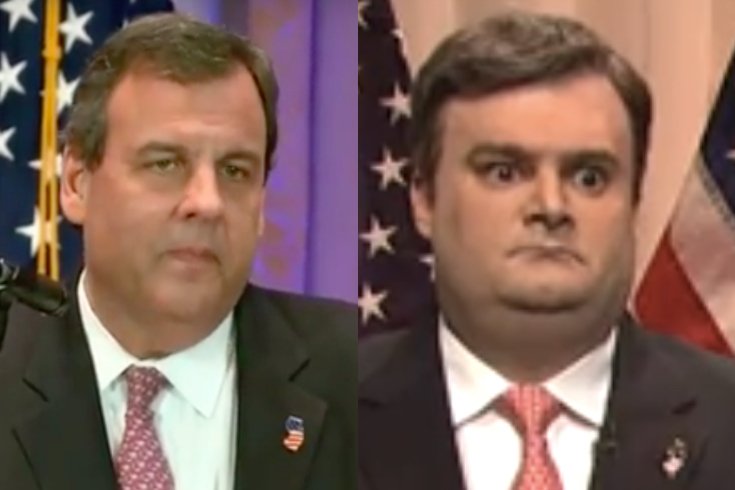 In case you missed it, the Internet wasn't too kind to New Jersey Gov. Chris Christie and his seemingly morbid expression standing behind Donald Trump during the latter's Super Tuesday victory speech.

Related: Chris Christie did not look too happy at Donald Trump's victory speech on Tuesday

Many on social media thought Christie's face suggested he deeply regretted endorsing Trump after dropping out of the race. Here's a sampling:

Christie was adamant in stating afterwards he was simply listening intently to Trump's speech, not being held hostage.

But that didn't stop "Saturday Night Live" from mocking his stern look.

Hammond's Trump takes several shots at Christie, to which Moynihan's Christie replies, "Yes sir, thank you sir, may I please have another?" You can watch the skit below.