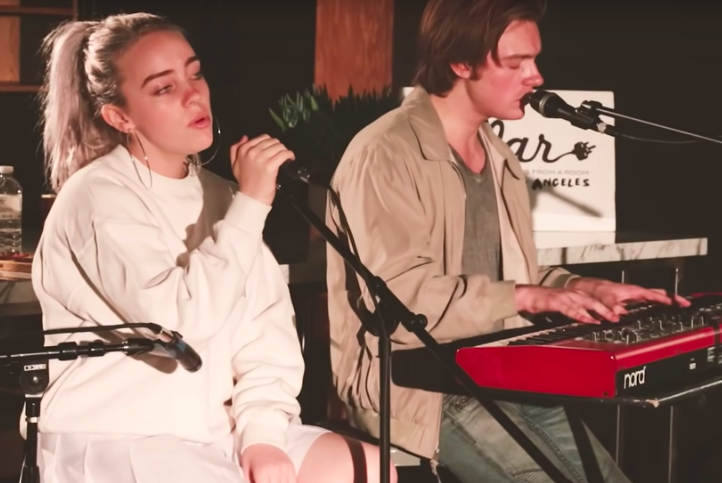 Sofar Sounds is celebrating Women's History Month by hosting several secret shows in Philadelphia this March. Concertgoers will only learn the performers – all women – when the arrive at the venue. Above, Billie Eilish, now a five-time Grammy award-winning pop star, performed at a secret show three years ago in Los Angeles alongside her producer brother Finneas.

UPDATE: All Sofar Sounds shows have been cancelled "for the foreseeable future" in light of the coronavirus epidemic, the company CEO Jim Lucchese announced Friday, March 19.

The so-called "Women Take the Stage" events will be held March 5 in University City, March 14 in Manayunk and March 27 in Old City. There also will be another show celebrating International Women's Day on March 8 in East Kensington/Olde Richmond.

Each night, three different women-identifying artists will comprise the lineup for the stripped-down shows. As usual, the performers will be a surprise.

Sofar Sounds offers unique concert experiences by keeping the performers secret until viewers arrive at the venue. The venues, which are announced a day ahead of time, are non-traditional settings, like living rooms and shops, where the audience often sits on the ground.

Sets usually are more intimate as well, with artists often performing an acoustic setlist. The shows usually feature up-and-coming or local acts like El Caribefunk, featured in the video below.

Tickets for the shows can be bought on Sofar Sounds' website.

Sofar Sounds first started hosting events in 2009, and now hosts shows in 346 cities across the world. Aside from Philadelphia, participating nearby cities include Pittsburgh and the New Jersey cities of New Brunswick, Ashbury Park and Newark.

The international celebration of Women's Day has been around even longer. The United Nations has recognized it since 1975. The tradition itself traces its roots to the turn of the 20th Century.