DEA video warns first responders on fentanyl exposure: 'I thought I was dying' 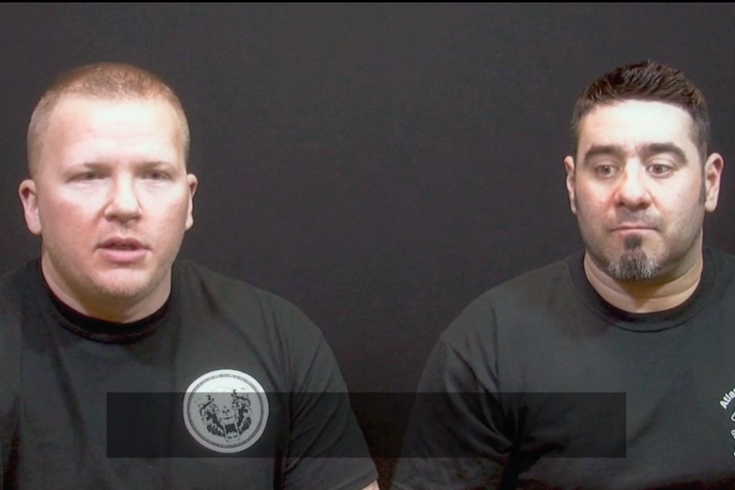 The Drug Enforcement Administration issued a video warning Friday on the dangers of handling fentanyl, a lethal narcotic commonly being mixed with heroin.

The warning, aimed mostly at police officers, comes as fentanyl is increasingly linked to the heroin epidemic across the United States. It features two Atlantic County detectives who recently became exposed to the drug, which is up to 50 times more potent than heroin and can be deadly at very low dosages.

Fentanyl can be absorbed through the skin or accidentally inhaled, creating dangerous possibilities for first responders who unknowingly come into contact with the drug. Adverse health effects can occur within minutes of exposure, including disorientation, coughing, sedation, respiratory distress and cardiac arrest.

The video warning can be watched here.

The Atlantic County detectives – D. Kallen and E. Price – experienced several of those effects after Kallen attempted to seal a bag of narcotics during an August 2015 field test. A portion of the substance – later determined to be a mixture of fentanyl, heroin and cocaine – shot into the air and the detectives accidentally inhaled it.

Kallen said he struggled to breathe, became disoriented and felt his actions were exaggerated.

"It was jut a little bit of powder that puffed up in the air," Kallen said on the video. "It wasn't like the whole bag had dumped out or anything like that. It was just a very minuscule amount. That's the scary thing about it. It was so quick and such a small amount that we didn't even have time to think."

"I felt like my body was shutting down," Price said. "People around me said that I looked really white. I lost color. And it just really felt like ... I thought that was it. I thought I was dying. That's what my body felt like."

Acting DEA Deputy Administrator Jack Riley urged police to skip on-scene testing, advising them to transport narcotics directly to a laboratory where they can be safely handled and tested.

Fentanyl, a synthetic opiate painkiller, is being mixed with heroin to increase its potency, but the DEA says drug dealers and buyers don't always know exactly what they are selling or ingesting. Many users underestimate its potency.

The drug, which comes in powder, blotter paper, tablets and spray form, is being produced in Mexico and China, Riley said.

This is not the first time fentanyl has posed a significant threat. More than 1,000 U.S. deaths were attributed to the narcotic between 2005 and 2007, according to the DEA. Many of them occurred in Philadelphia, Chicago and Detroit.

The current outbreak, which also has resulted in thousands of deaths, is wider geographically and involves both experienced and new drug abusers, the DEA says. It also involves at least 15 fentanyl compounds.

Forensic exhibits of fentanyl rose 65 percent in 2015, according to the DEA's National Forensic Lab Information System. The 13,002 exhibits are eight times the 2006 total, when a single Mexican lab caused a brief spark in fentanyl availability.