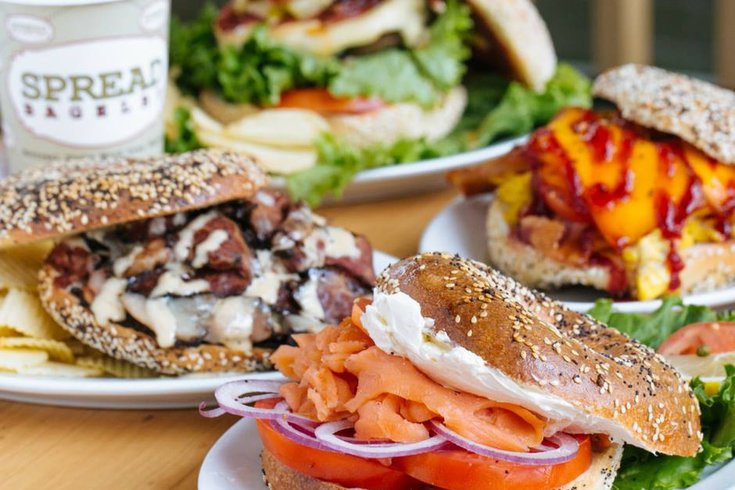 Spread Bagelry announced on Wednesday it was beginning the process to expanding to more brick and mortar locations, as well as introduce an e-commerce platform.

Montreal-style bagel shop Spread Bagelry announced a partnership with a private equity firm on Monday as part of the local shop's first step toward expanding and introducing an online platform for customers.

Spread — which opened in 2010 on 20th Street in Rittenhouse and then expanded to a University City location at 36th and Chestnut — is in the process of identifying new brick and mortar locations, not just in Philadelphia, but across the U.S. The store's owners say that for quite some time, the mission has been to expand based on the demand they've seen at their two Philly locations.

And if you've ever been to a Spread, you know what they're talking about. There's almost always a line out the door in the morning.

With its new investor, Radnor-based MVP Capital Partners, founders and couple Larry Rosenblum and Gigi Arnuti may be able to do just that.

“When we started Spread Bagelry, we knew we had developed and introduced a concept that was unique to the U.S., and that customers would want to experience and love," Rosenblum said in a statement. "In response to demand, this new opportunity allows us to extend what we offer even farther. At the same time, we are committed to continuing to provide every aspect of the old-world hospitality, quality bagels and all other items we offer that make us really special."

Perhaps most exciting for Philadelphia bagel lovers, the bagelry is getting an e-commerce platform that will allow customers to order Spread's artisanal bagels online for shipment and delivery. Not many details were given in the announcement, so we'll have to be patient about what kind of delivery we're talking about.