Tests in Pa. hinder African-Americans who want to teach 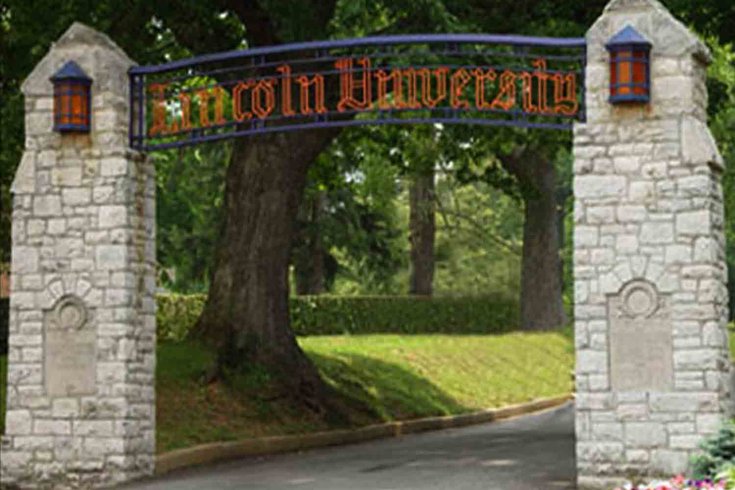 Lincoln University phased out its undergraduate education program, in part, because not enough students were passing the PAPA test.

With two educators as parents, 22-year-old Gyasi Blanton always knew that he wanted to follow in their footsteps.

"I see the passion that they had to teach and that passion was instilled in me,” he said. “I don't see myself doing anything else but teaching."

Before he could even get into a teacher preparation program, however, Blanton, left, had a major hurdle to overcome: a standardized basic skills test in reading, writing, and math. Without passing the test, he couldn’t take 300-level classes at Lincoln University, a historically black college in southern Chester County with satellite campuses in University City and Coatesville. The university would ultimately phase out its undergraduate teaching program because of standard tests.

“I was worried like, OK, I have to pass this or I can't teach, forever. Which is why probably I had to take it so many times, because I worried myself,” he said. He took the reading and writing sections each twice and the math section once before passing, at a cost of around $85 per section.

The United States has been seeing a massive decline in the number of people who want to be teachers in the past few years, with federal data showing that enrollment in teacher preparation programs has dropped 31 percent since 2008. There have been various theories on why this has happened – the increasing politicization of teaching, low pay, stressful work conditions – but one factor that hasn't been as widely explored is standardized tests. For teachers.

In Pennsylvania, undergraduates must pass a basic skills test before they are even allowed to enter a teacher preparation program. They can either submit their ACT/SAT scores or take one of two pre-service tests called PAPA and CORE.

This requirement may be keeping some people from even studying to be teachers – and it has a particularly significant effect on minorities. Data from the state Department of Education shows that in the past three years, 3,069 white students have passed the math section of PAPA, while only 63 black students have passed.

“There are a lot of minority teachers out there, but they're either scared to apply or not getting hired…or they are not finishing their teacher education program because of a test." – Gyasi Blanton, Lincoln University graduate

In other words, the number of African-American students in the entire state of Pennsylvania who passed the math section of the test could easily fit inside two classrooms.

When asked why there was such a significant gap, a Department of Education spokesperson said only, “This data is accurate and that is the extent of the department’s ability to comment.”

Blanton didn’t take the PAPA, which became a requirement in 2012; he took a test called Praxis. But racial achievement gaps have been found in that test as well: a 2011 study found that 36.8 percent of black students passed the math section of the Praxis test the first time they took it, compared to 78.2 percent of white students.

After the PAPA was instituted, however, Lincoln saw enrollment in its teaching program dwindle. It decided to phase out its program at the undergraduate level, and Blanton was one of the last students from the college to graduate with a degree in music education.

School spokeswoman Maureen Stokes emphasized that the test was only one factor, “along with several others,” that lead to the undergraduate program ending. Overall, the school noticed “a smaller and smaller pool” of interested undergrads, due to various other requirements of the program, including a minimum GPA and the need to pass a background check. Lincoln decided to focus its resources on its Master of Education programs instead.

A former Lincoln professor, however, argues that “it was absolutely PAPA” that ended the program.

“The licensure exam was the make-or-break there,” said Emery Petchauer, who led test prep classes at Lincoln.

Cole admits that minority students have been turned off from teaching for many reasons.

“There's always this stigma that minority students have to go above and beyond, be engineers,” she said.

Her own mother was “completely disappointed” when she found out that Cole wanted to teach music. She feared for her daughter that “any given time…I could be fired from my job” if her school eliminated it arts programming.

Blanton, on the other hand, says that there are plenty of people who share his passion for education.

“There are a lot of minority teachers out there,” he said, “but they're either scared to apply or not getting hired…or they are not finishing their teacher education program because of a test."