Symptoms of the most common STDs

From chlamydia to syphilis to HIV/AIDS, here's what you need to know 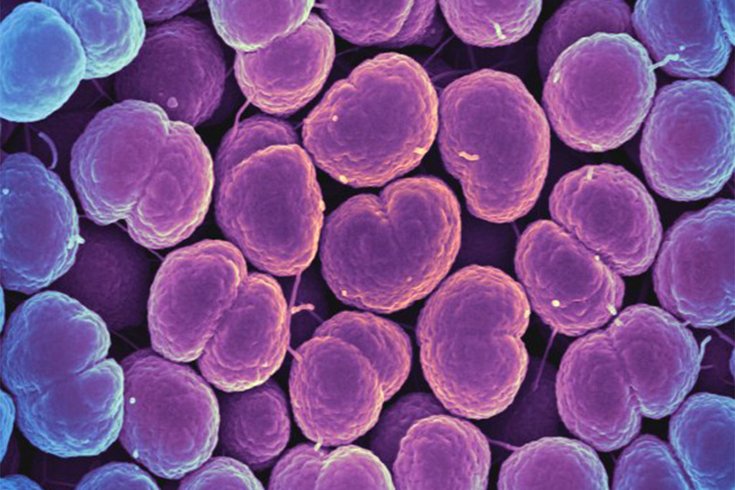 This is a colorized scanning electron micrograph of Neisseria gonorrhoeae bacteria, which causes gonorrhea, a sexually transmitted disease.

How well-informed are you about your sexual health and sexually transmitted diseases, or STDs? Did you know that according to the U.S. Centers for Disease Control and Prevention, about 20 million new infections occur each year in the United States, with young people between the ages of 15 and 24 the hardest hit?

Here is what you need to know about the 5 most common STDs (according to Healthy People 2020, Mayo Clinic, Cleveland Clinic and the World Health Organization):

Chlamydia is a bacterial infection that is usually asymptomatic in the first couple of weeks after transmission. Symptoms include pain in your lower abdomen and while urinating. The Mayo Clinic warns that women may also experience a vaginal discharge, pain during sex and bleeding between periods. For men, warning signs include testicular pain and discharge from the penis. In certain cases, however, an infected person may remain asymptomatic.

The rising number of syphilis infections in the United States is particularly worrisome because if left untreated it can lead to serious health conditions such as heart disease, brain damage, blindness, and even mental health issues. According to the Cleveland Clinic, there are three stages of a syphilis infection: primary, secondary and latent.

In the primary stage, an infected person will develop red sores on their genitals or in their mouth. The sores typically disappear within one to six weeks. The most contagious stage is the secondary stage where a raised rash may appear in addition to flu-like symptoms. During the latent stage, you are no longer contagious, but your risk of long-term complications increases.

Hepatitis B is a potentially life-threatening STD caused by a virus that damages the liver. Besides sexual contact, this STD can spread through needles and personal items like razors and toothbrushes. Common symptoms of Hepatitis B within the first few weeks after being infected include sore muscles and joints, fever, bowel movement problems, an upset stomach, dark colored urine and a yellow tinge to the eyes and skin. But some people with Hepatitis B never experience any symptoms.

There is no cure for HIV/AIDS (Human Immunodeficiency Virus/Acquired Immunodeficiency Syndrome), but the World Health Organization reports that people are living longer with the help of antiretroviral therapy. In the first few weeks after initial exposure to the HIV/AIDS virus, you may experience flu-like symptoms or no symptoms at all. Later symptoms include weight loss, swollen lymph nodes, and cough. Without treatment, you are at risk for serious diseases like tuberculosis, lymphomas and Kaposi’s Sarcoma. AIDS is the most advanced stage of the disease which can develop anywhere from two to 15 years after the onset of the disease.