Study: Fitful sleep is worse for health than staying awake

Researchers examine how days of uninterrupted sleep impacts well being 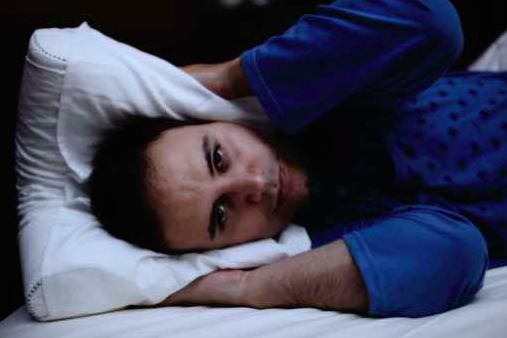 But for those who have trouble sleeping at night, the toll on the body from tossing and turning may be worse than if you became a bit more nocturnal, according to new research published this week in the journal Sleep, EurekAlert reports.

The study, conducted by researchers at the Johns Hopkins University School of Medicine, found that fitful, uninterrupted sleep patterns – well known by parents of newborns – may be more detrimental to maintaining a positive mood than getting a shortened amount of uninterrupted sleep.

"When your sleep is disrupted throughout the night, you don't have the opportunity to progress through the sleep stages to get the amount of slow-wave sleep that is key to the feeling of restoration," says study lead author Patrick Finan, Ph.D., an assistant professor of psychiatry and behavioral sciences at the Johns Hopkins University School of Medicine.

After the first night, those who had 8 forced awakenings and those who had delayed bedtimes both reported low positive mood and high negative mood on a standard mood assessment questionnaire before bedtime. On the second night, however, those with forced awakenings saw a 31 percent decline in their mood compared to 12 percent decline for those with delayed bedtimes, as measured against the first night.

The researchers noted that the two groups did not show significant differences in negative mood on any of the three days, but positive mood was especially impacted by sleep fragmentation.

The significance of the study lies in its examination of depressed mood as a symptom of insomnia. Finan and his team used a polysomnography test to measure brain and body functions during sleep, finding that those with forced awakenings had shorter periods of slow-wave sleep statistically tied to a reduction in positive mood. The reduced mood affected not just energy levels, but feelings of sympathy and friendliness.

According to the researchers, the danger for those with chronic sleep disorders is that the effect of interrupted sleep on positive mood can be cumulative, as participants demonstrated.

Finan says further studies will need to explore the stages of deep sleep in people with insomnia and learn about how a night of recovering sleep impacts mental and physical functioning.