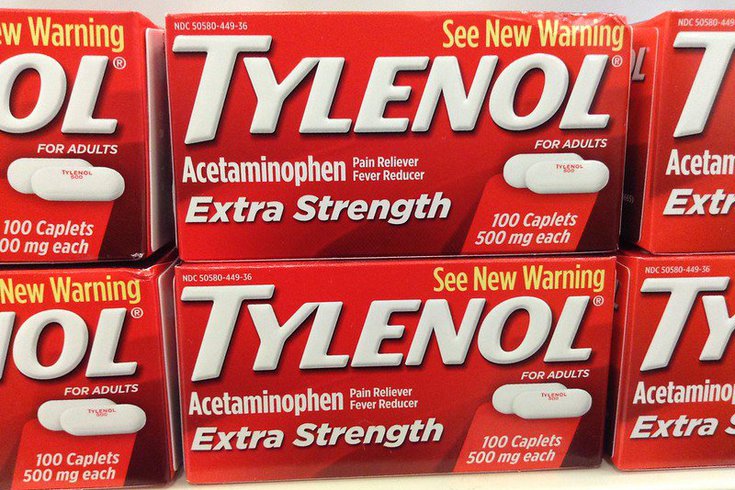 Suicide-related cases involving over-the-counter painkillers, like Tylenol, have risen at a concerning rate over the two decades, especially among children and teens, according to a new study.

The ease of access to household staples like Tylenol and Advil may be contributing to a spike in suicide-related cases involving over-the-counter painkillers – particularly among children and teenagers.

Poison control centers reported 549,807 suicide-related incidents involving OTC painkillers between 2000 and 2018. During that time, the rate of such cases increased by 33.5%, according to a study conducted by Nationwide Children's Hospital in Columbus, Ohio.

Children and teens ages 6 to 19 accounted for half of the cases. Females represented nearly 75% of all cases.

Researchers also observed an escalation in the severity of exposures during the study period. Cases that resulted in serious medical outcomes increased by 64%. Hospital admissions jumped by 29%.

OTC drugs like acetaminophen, ibuprofen and aspirin can be found in most homes' medicine cabinets. That may be contributing to the spike, researchers said.

"Because they are easy to purchase and can help alleviate a variety of symptoms, many families have over-the-counter pain relievers readily available in their homes, often in large quantities," said Alexandra Funk, director of the Central Ohio Poison Center at Nationwide Children's.

"Unfortunately, the easy access to these medications is likely a part of the reason that they are used in suicide attempts and deaths. The fact that they are being used more often with more serious outcomes is cause for concern."

The study, published in Pharmacoepidemiology and Drug Safety, found that acetaminophen, known by its brand name Tylenol, accounted for 65% of the deaths. Aspirin made up another 33%.

Taken in large doses, acetaminophen can cause liver damage. Aspirin can cause seizures and high fevers. And ibuprofen, branded as Advil and Motrin, can damage the stomach and intestines.

The rate of cases involving acetaminophen and ibuprofen were still rising at the end of the study period. Those involving aspirin were on the decline.

A similar trend has unfolded in Philadelphia, according to Lauren Longo, a health education specialist at the Poison Control Center at Children's Hospital of Philadelphia.

The poison control center has seen annual increases in these types of cases since 2011, Longo told The Philadelphia Inquirer. Most of them only involved one OTC painkiller.

Changing the packaging of these OTC drugs – and reducing the package size and quantity available for purchase – could help deter their use for suicide attempts, said Dr. Gary Smith, director of the Center for Injury Research and Policy at Nationwide Children's Hospital.

He suggested the use of "blister packs," which limit the number of pills that can be extracted at one time.

"Because suicidal ingestion is often a highly impulsive act, this would deter overdoses by limiting the amount of medication that can be extracted at one time," Smith said.

Longo added that families should always lock up medicines – even the OTC variety, especially if they have a teen with a history of depression at home.