What are the odds of two terrapins running away from home in the same week a mile away from one another? 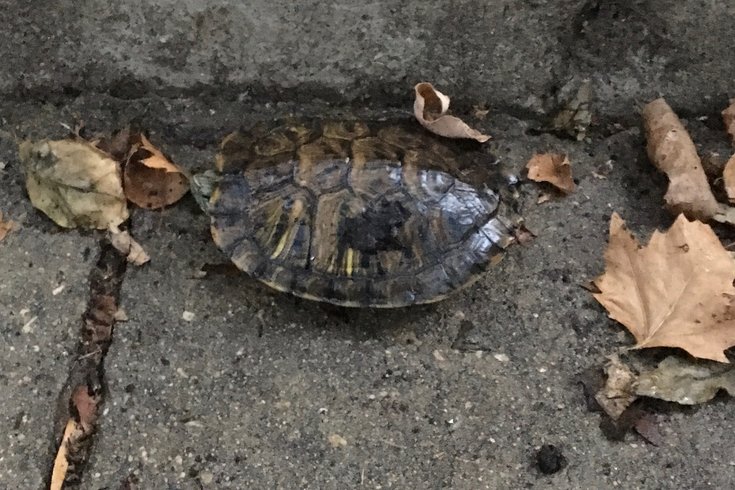 For the second time in less than a week, a runaway turtle was found, and safely returned to his and her owner, in West Philadelphia.

In any other week, one story about a pet turtle running away from home would be a quirky Philadelphia tale.

But as fate would have it, this week was anything but normal as far as wayward terrapins are concerned.

On Thursday, we brought you the story of the Lerner family of University City. They searched high and low (well, mostly low, since turtles move along the ground) for Suzy Greenberg, the slider turtle with whom they lived for the past five years.

Last weekend, Suzy finagled her way through a slightly ajar door and ventured out into the backyards in the area of 43rd and Pine streets. Flyers were posted seeking her safe return, which would ultimately come several days later courtesy of an eagle-eyed near-neighbor named Brian.

The story doesn’t actually end there, though. 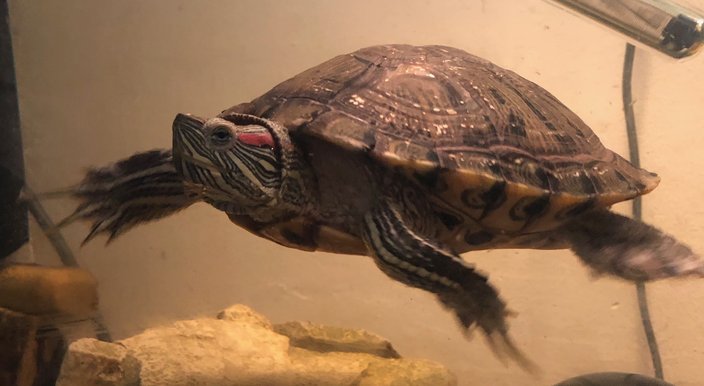 After three days in the wild, Suzy Greenberg the slider turtle was safely turned to her University City home on Wednesday.

Even after Suzy was safely back in her tank, Jason Lerner got word from someone who thought they’d found her seven-tenths of a mile away from home.

“I just received a phone call from a guy at 48th (Street) and Baltimore (Avenue) saying, ‘I found your turtle,’” Jason told PhillyVoice. “He sent me a pic. It looks exactly like my turtle. So funny. Another wayward slider. What are the odds?”

What are the odds, indeed.

Also, what are the odds that this second missing turtle would be safely reunited with his or her loving human family? Pretty good, actually, because that’s exactly what happened Thursday night.

Walking home from work around 8 p.m., Jeff Werner noticed something strange outside of his house.

"At the bottom of the porch steps was a medium-sized, red-eared turtle," he said Friday afternoon. "I thought it was interesting. An old housemate of mine had one, but it was about the size of a quarter when she got it."

He left the turtle where it was and went inside to alert his housemate, and a few people there for dinner, of what he'd just seen. That's when one of the guests brought up the flyer she'd seen regarding a missing turtle not too far away.

Werner called the number and reached Lerner, who couldn't believe it.

"Do you want another turtle?" Werner asked.

Before that adoption could take place, Werner decided to walk up and down his block to see whether anybody had lost one. He asked "Miss Ruby," who often sits on her front porch keeping an eye on everything, if she'd heard anything about a missing pet.

"We looked in the window and she was home. She thinks the turtle must have escaped the kiddie pool," he said. "She didn't seem all that concerned. She knew he'd come home."

If you think this is a Philadelphia phenomenon, not so fast. Upon seeing Lerner's story, a reader named Mary Beth Panneton emailed to share something she saw while overseas in Berlin, Germany a few weeks back. 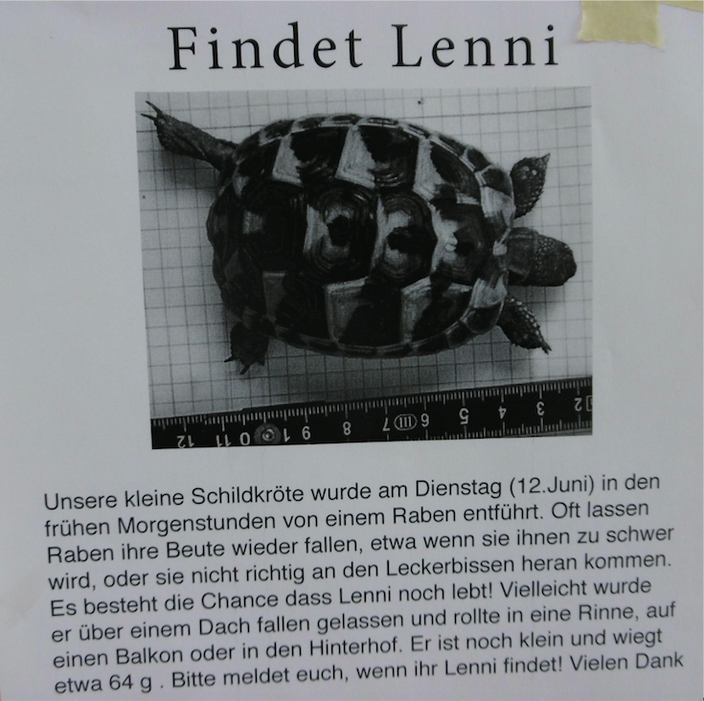 A flyer for a turtle gone missing in Berlin, Germany.

"Lenni was kidnapped by a raven," she shared. "Often, ravens will drop the tasty tidbit if it's too heavy or too difficult to eat. Maybe she fell on a roof or rolled into a gutter. Maybe she fell onto a balcony or into a backyard.

She's right. If we've learned anything in Philadelphia this week, the kindness of strangers can certainly help reunite straying tortoises with their loving families.

Good luck to Lenni. And, folks, please keep a closer eye on your turtles.

Add Brian's RSS feed to your feed reader
Have a news tip? Let us know.