The township’s manager called it cowardly and disgusting 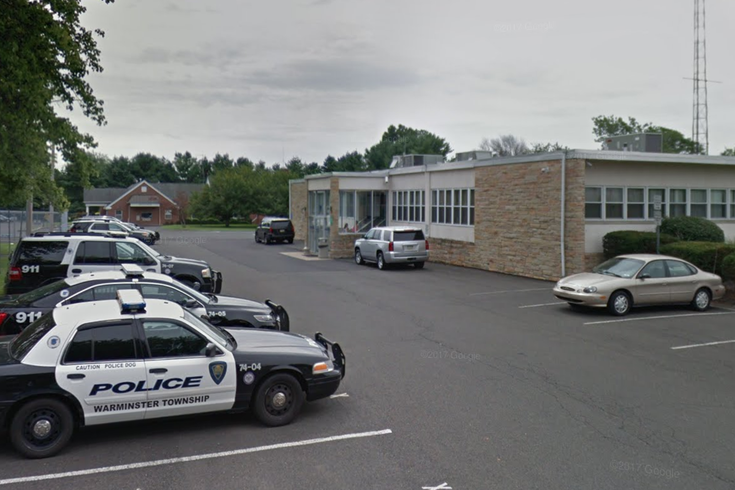 A police car outside the Warminster Township Municipal Building.

Warminster Township manager Gregg Schuster acknowledged the graffiti on his Facebook page on Tuesday. Schuster said the township has been in contact with the Navy about removing the tag as soon as possible.

RELATED: Swastika painted on front of Philly row home | Ask Hickey: What's the deal with the swastika on a suburban firehouse?

Because the tag is in Shenandoah Woods, an abandoned military base and community that is still Navy property, the township can’t remove the graffiti on its own.

Schuster's post also included a statement condemning the appearance of a swastika in the graffiti:

“The use of the swastika is a cowardly act. In light of what our neighbors in Pittsburgh recently went through, I hope we refrain from using these symbols of hate. There is no place in Warminster for this disgusting act and I know our community will never accept this behavior.”

Whether this is in fact a new swastika on the property isn't entirely clear, although Schuster said Tuesday afternoon that the township believes it is.

A YouTube video of two people touring the abandoned community, uploaded in August 2017, shows a Swastika painted on the side of one a house.

You can see the swastika at the 6:03 mark of the video below:

Schuster said he believes the swastika reported on Tuesday is not the same as the one in the video.

"A resident brought it to the attention of a Supervisor who then contacted me," Schuster told PhillyVoice. "It’s located in a place that’s very visible from a well used walking trail in our park so I would be surprised if it had been there for a while without it being reported. However, I don’t know when it was put there."

In April of 2017, a swastika was carved into the paint of a car in Warminster during a rash of vandalism on East Street Road.

Schuster is asking anyone with information about the graffiti to contact Warminster police.