'Symbiosis' sculpture to remain in Philadelphia 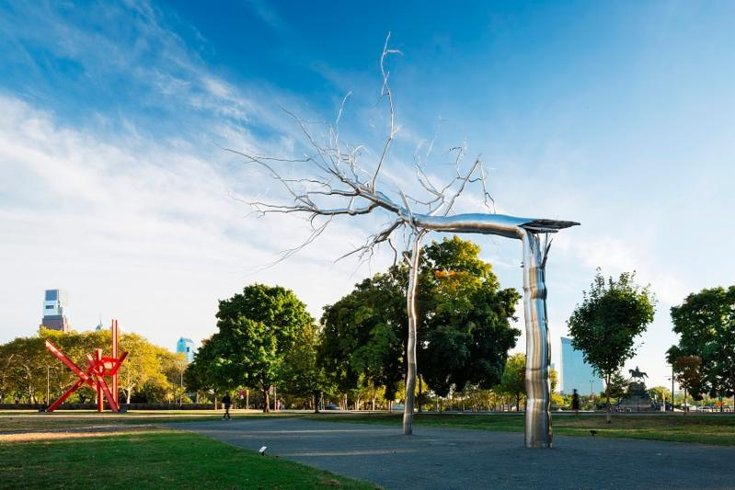 Symbiosis (2011, installed 2014) by Roxy Paine acquired by the Association for Public Art with the support of the Daniel W. Dietrich II Trust, Inc.

Currently on display on the Benjamin Franklin Parkway, the Association of Public Art (aPA) announced Tuesday that they have acquired the piece and will keep the sculpture in Philly.

Originally constructed in 2011, Symbiosis was brought to Philly in May 2014 as a part of Paine's "Dendroid series," which features a series of stainless steel tree-like structures that mark the tension between organize and industrial objects.

The sculpture features two trees, with one falling into the other. It stands at 34 feet tall and weighs more than three and a half tons.

The sculpture was originally brought to the city as a temporary display. Paine said in a press release that he hopes the piece serves as a focal point of Philadelphia's urban experience.

"Public art and space can be a challenge, but it provides the unique opportunity for art to become a nucleus of energy for a city. My hope is for Symbiosis to become a reference point, a place for gathering or for a moment of quiet contemplation in the midst of frenetic urban life."

The aPA was able to acquire the piece through a grant from the Daniel W. Dietrich II Trust, Inc.