Thanks to GoFundMe and the Eagles, former Navy SEAL will see the NFC title game

'Die-hard Eagles fan' and Delco native was injured overseas in an explosion. He's now studying to become a doctor 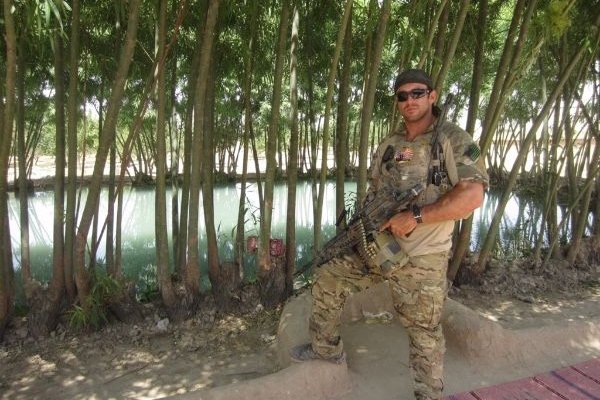 Chris Serle, shown here in his SEAL gear, is headed to the big game on Sunday night thanks to a friend who launched a GoFundMe page in his name and a few dozen people who donated.

And when that didn’t work, a GoFundMe account launched on Serle’s behalf by a friend helped pave the way for him and his wife to see the Eagles battle the Minnesota Vikings for a place in Super Bowl LII on Feb. 4.

The page is titled "Get this HERO to the Eagles game!" and was started by former Fox Sports and NFL Network employee Ashley Fish. It had raised more than enough money for a pair of tickets on the NFL’s Ticket Exchange by mid-day Saturday.

But what’s more, attempts to reach the Eagles about providing tickets for the couple finally paid off on Saturday, he said. Serle and his wife, Heather, are now headed to South Philly on Sunday night either way.

Why the GoFundMe? Why the special offer by the Eagles, who no doubt also had a tougher time than usual securing tickets for a game that sold out immediately after tickets were released on Tuesday?

Serle lives in Virginia Beach, but he grew up in Media – about 25 minutes outside of Philadelphia – and graduated from Penncrest High School. Naturally, the 32-year-old describes himself as a die-hard Eagles fan.

“It’s religion up there. You know how it is,” he said in a phone interview on Saturday. 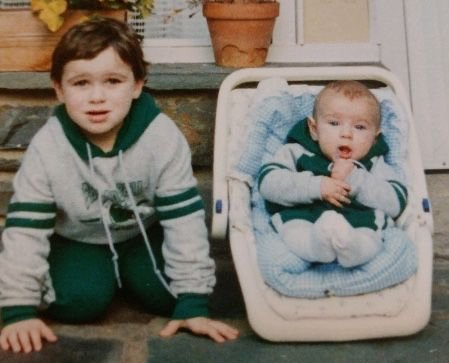 A young Chris Serle (left) is pictured in Eagles gear with his brother Mike.

But Serle isn’t your typical die-hard fan with Delco roots.

He’s a retired Navy SEAL with a Purple Heart, blind in one eye after an injury on tour in Afghanistan.

Because of what he’s experienced since heading to the Middle Eastern country in January 2012, seeing this game means more to Serle than it will for your average fan planning to pack the Linc along with 67,000 others this weekend.

So, he prepared ahead of time. He recruited the help of his wife, Heather, and his brother to help snag three tickets for each of them.

Using their phones, a laptop, and a Chromebook, they were ready to go for 10 a.m. Tuesday, the precise moment when tickets went on sale for the first NFC Championship game here in 13 years.

Three people. More than enough devices to go around. A piece of cake, right?

A set of three tickets were never available. Serle’s brother saw a pair of two tickets pop up on his screen, they were already gone when he tried to click on the listing.

All face-value tickets on the Eagles’ website were snapped up and sold out almost immediately, some of which were then flipped on the ticket exchange or third-party sites at several times their original price.

Ticket exchange prices shot up from $180 to no less than $600 a pop in minutes, Serle said.

They bagged the idea altogether. Seeing the game from the couch would have to do.

"He was upset," Fish said in a phone interview. "Chris has been an Eagles fan since he was born. He remembers the last time they went to Super Bowl against the (New England) Patriots in his senior year of high school. His house is decorated with Eagle decorations. His wife is a converted Eagles fan. This means a lot to him."

That is, until Fish stepped in and launched the GoFundMe page for her friend in a last-ditch attempt to raise enough money for a pair of seats.

Less than 24 hours later, with the help of some initial donors and then a television news report on Friday night that shared Serle's story on News 3 in Virginia, the GoFundMe page ballooned to about $2,500 from more than 30 donations.

Any money not used for tickets will be donated to the Navy SEALs Fund, a nonprofit that aims to provide financial help and educational assistance for current, retired or former SEALs, Serle said.

Donating as much of the money as he can to the fund is important to Serle, whose tour in Afghanistan was cut short by an improvised explosive device in the summer of 2012.

He had been walking alongside his friend, who stepped on the IED and set it off.

Serle permanently lost sight in his left eye. His friend, Bo, lost both his legs.

They were both forced into military medical retirement. Bo is now a double amputee and lives in Montana, Serle said.

“It was definitely pretty wild,” Serle said. “It was one day. You get used to day-in, day-out life in combat. One bad day and next thing you know, it’s getting sent home.”

Serle was taken to Landstuhl Regional Medical Center, an overseas military hospital in Germany that serves as the nearest treatment center for wounded soldiers in Iraq and Afghanistan. He spent five days in an induced coma and woke up completely blind. Swelling in his right eye had yet to subside, he said.

He was soon sent to the Walter Reed National Military Medical Center in Bethesda, Maryland, where he spent two weeks before finishing his recovery at home. 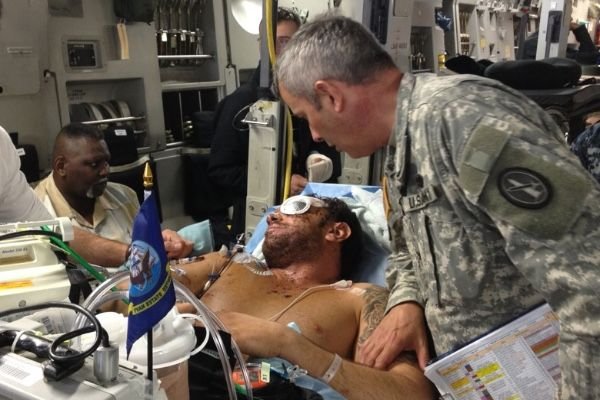 Chris Serle is shown recovering shortly after his injury at the Walter Reed National Medical Center in Bethesda.

Vision in Serle’s right eye is back to normal, save some minor difficulty seeing at night or against bright lights.

He went back to school with help from the GI Bill and is one semester away from completing his undergraduate degree.

“I think it helps to have something constantly keeping me busy,” Serle said. “I had no other options but to full on transition (back to civilian life).

Five-and-a-half years after landing in a military hospital bed in Europe, he plans to pursue a medical degree at Eastern Virginia Medical School in hopes of becoming an emergency medical doctor.

“I’ve been through a pretty traumatic emergency,” he said. “I have that calm-under-pressure mentality, but being able to have that experience of being the patient in a situation like that would really help me in that field. And with helping my patients.

“To help them understand that, ‘Hey, today’s a bad day, but tomorrow’s going to be better.’”