Not all heroes wear capes (but this one appears to) 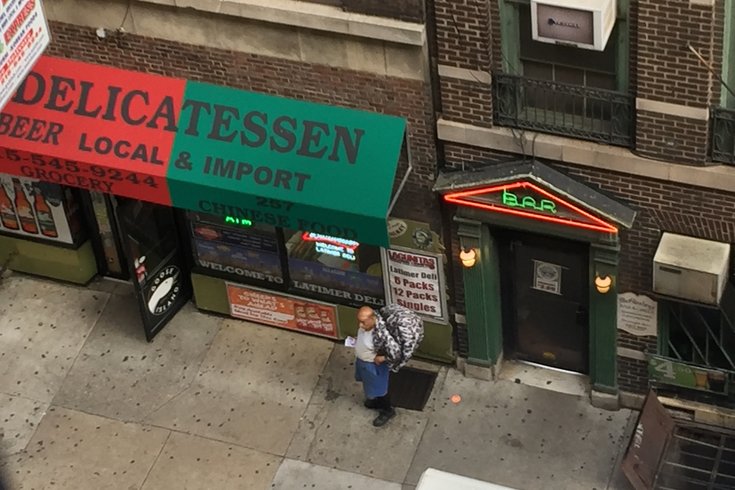 Vent Man has been seen in recent months along South 15th Street in Center City.

Every once in a while, a Philadelphia character comes along that I want to interview so badly it consumes a couple minutes of my every week.

Case in point: Last summer’s story of “the Internet falling in love with guy who airs himself out on Center City vent every day.”

Having discovered Philly Reddit’s dedication to posting photos and videos of this hero, our Daniel Craig shared the story of 'Vent Man' with the PhillyVoice reading audience.

Well, lo and behold, there he was on the sidewalk outside McGlinchey’s just last Friday. I’d noticed him there before, as had other denizens of that stretch of 15th Street who noted “he either wears a gold or plaid shirt and LOVES that breeze!”

While I'd never approached him, Friday brought a convergence of good fortune. Namely, I was walking by when I saw him. I strolled over and struck up a conversation.

He was polite to a fault, a decent fellow.

Yes, he said he was aware that he’d become something of an internet celebrity in Philadelphia. He said a friend showed him some of the pictures swirling about.

But no, he wasn’t interested in expanding on that notoriety, nor to explain why exactly he likes standing over air vents in Philadelphia. He didn't even give his name.

“I’d rather keep that private information private,” he said in a somewhat apologetic tone.

Though he took my business card and said he’d call if he changes his mind (though I shouldn't expect it), he explained why he likes being out in public.

It's not about the upward air flow, at least not literally.

“I’m just here to spread the word of the Lord,” he said, handing me a “I Am A Pretty Good Person” pamphlet courtesy of the Fellowship Tract League that aimed to get readers to decide to "trust Jesus Christ as your Savior."

He continued that “I just like being here for people if they need to talk about any issues they’re having, and help them out the best I can by listening.” 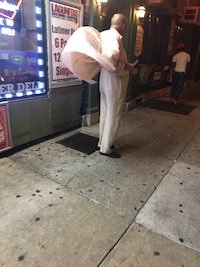 These are noble intentions.

Maybe he’ll never seize on the chance to go from meme to Philadelphian with a name, history and quirky tendency.

Maybe we're all better off with a little mystery in our lives.

But that five-minute interaction reinforced one valuable life lesson: People aren’t always quite what they seem from afar, and they can do good works without having that me-first, check-me-out glitch that turns lesser contributors into heroes who revel in their 15 minutes of fame.

Not all heroes wear capes, but sometimes, it looks like this pretty good one does.