Time Magazine names Philadelphia one of the world's 100 greatest places 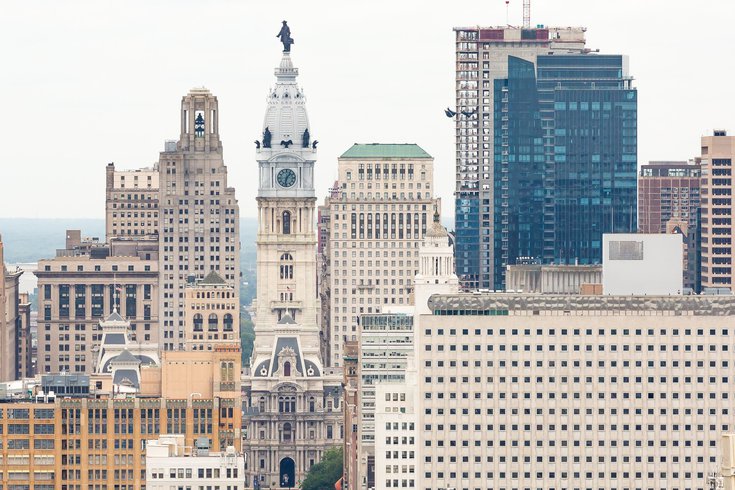 'A city best known for its storied past, Philadelphia is writing a new chapter this year,' Time Magazine wrote.

It appears that Time Magazine loves Philadelphia almost as much as we do.

The publication included Philly in its 2021 list of the World's Greatest Places that was unveiled Tuesday.

The third-annual list consists of 100 "unique destinations" across the globe that were compiled from nominations made by the magazine's international team of correspondents and contributors. Countries, regions, cities and towns "offering new and exciting experiences" made up this year's selections.

The 2021 list "is a tribute to the people and businesses at the forefront of those industries who, amid extraordinary circumstances, found ways to adapt, build and innovate," according to the magazine.

"It shines a light on ingenuity, creativity, revitalization and reopenings in destinations across the world," the publication wrote.

Here's what Time had to say about Philadelphia, as the publication spotlighted several well-known arts and cultural institutions across the city:

"A city best known for its storied past, Philadelphia is writing a new chapter this year. The Philadelphia Museum of Art’s elegant Greek Revival façade has remained largely the same since it first opened in 1928, but the interior now offers visitors a fresh perspective with a Frank Gehry–led redesign unveiled in May. The space now includes access to a previously off-limits vaulted walkway and a stunning floating staircase to rival the iconic steps out front, made famous by Rocky. It has also added 20,000 square feet of gallery space to include exhibitions like 'New Grit: Art & Philly Now,' showcasing the work of 25 contemporary artists with ties to the city. The local culinary scene is as vibrant as ever too, with chef Omar Tate crowdfunding the forthcoming Honeysuckle Community Center in West Philly, sprouted from his award-­winning dinner series of the same name that centers Black culture and history. And Ange Branca, after closing her award-winning Malaysian restaurant Saté Kampar last spring, is back with Kampar Kitchen, featuring meals for takeout from a rotating roster of chefs."

Gehry's renovation of the Art Museum, which expanded the historic building's interior and added new galleries and public spaces, was two decades in the making.

The museum's Core Project, which was completed after four years of construction, encompasses nearly 90,000 square feet of redesigned and reimagined space within the main building, which has stood on the edge of the Fairmount section of the city since 1928.

Key features of the overhaul included a rebuilt West Terrace and the creation of the Williams Forum, an activity space that connects the ground floor of the museum to its upper levels. The new Vaulted Walkway also opened up a 640-foot corridor that had not been accessible to the public for 50 years.

Areas that were previously devoted to offices, a restaurant and a retail store have been converted into two new galleries spanning 20,000 square feet of exhibition space.

The Robert L. McNeil Jr. Galleries focus on early American art and the role Philadelphia played in its evolution. The Daniel W. Dietrich II Galleries have displayed the work of 25 contemporary artists with ties to Philadelphia.

Omar Tate started his GoFundMe last July to open a brick-and-mortar version of his pop-up dinner series Honeysuckle in Mantua. The West Philly native is seeking to raise $250,000 to buy a commercial property to house the community center. Tate has raised almost $119,000 so far.

Honeysuckle's permanent home is expected to open later this year or early 2022. Once opened, the space will offer a grocery, meat market, café library and supper club.

Tate has said that the community center will function as "a hub for nourishment and community engagement anchored in Black culture." He also hopes that the space will engage the community in a way that enables it to become part of the fabric of West Philly.

Tate conceived the Honeysuckle concept several years ago as a New York-based dinner series that serves Black American food while preserving and retelling Black history and narratives. He began running a takeout and pop-up version of the restaurant last year during the COVID-19 pandemic.

Prior to Honeysuckle, Tate cooked at New American restaurants like the now-closed Russet in Center City and Fork in Old City before moving to New York City.

Honeysuckle was named one of Food & Wine's 15 most-anticipated restaurant openings this year. Tate was named Chef of the Year by Esquire last year.

Saté Kampar, the popular Malaysian BYOB restaurant formerly in East Passyunk, closed in May 2020 due to a lease issue amid the COVID-19 pandemic. The popular eatery opened in South Philly to critical acclaim, as it was named a semifinalist for Best New Restaurant by the James Beard Foundation.

The restaurant continued to make meals for frontline health care workers and retained its staff amid the public health crisis. Ange Branca, the restaurant's chef and owner, also started a GoFundMe to help keep the eatery afloat as it searched for a new home.

After Branca pledged that the restaurant would reopen at a new location in the future, Saté Kampar returned last summer with pop-up locations at The Goat in Center City and Bok Bar in East Passyunk.

We have to agree with Time Magazine on its assessment; Philly is truly a great place.