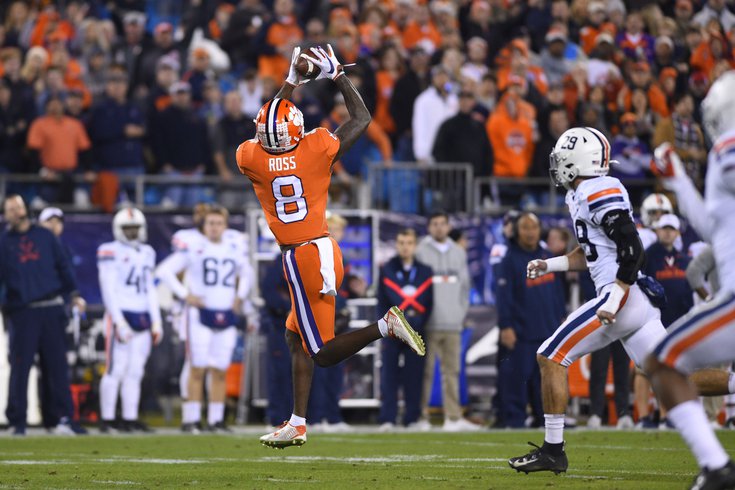 The 2021 NFL Draft is more than 11 months away, and a lot can/will change between now and then, as prospects will rise and fall. Still, you can typically get a feel for which positions will be strong in the next year's draft. For example, it was clear at this time last year that the 2020 NFL Draft was going to be loaded at wide receiver, and sure enough, eight got selected in the first 34 picks.

And so, let's take a look at a variety of top-25 big boards -- from ESPN, TheDraftNetwork, Yahoo, b/r -- and see which positions are likely to be strong in 2021. (To note, some of the above linked media outlets went deeper than 25 prospects.)

• Wide receiver: The Eagles just selected three receivers in the 2020 NFL Draft, including Jalen Reagor in the first round, and yet, it wouldn't be a stretch at all for them to take another receiver in the first round of the 2021 draft. Alshon Jeffery is extremely likely to be gone by then, DeSean Jackson could be a cap casualty, and who knows what J.J. Arcega-Whiteside will show in 2020.

• Offensive tackle: The Eagles just spent heavy draft resources on Andre Dillard in 2019, but they clearly have concerns there. It's a position that the Eagles have to get right in order for Doug Pederson to run his offense the way he likes, so it wouldn't be out of the question for the Eagles to try again at offensive tackle if Dillard hasn't panned out by next offseason.

• Cornerback: Darius Slay is in town on what is essentially a two-year deal, and Avonte Maddox is scheduled to be the Eagles' outisde corner opposite him, at 5'9, which is out of the ordinary. Corner is a clear spot to watch in the draft next offseason.