NFL odds: Eagles favored to make playoffs, plus point spreads for every game 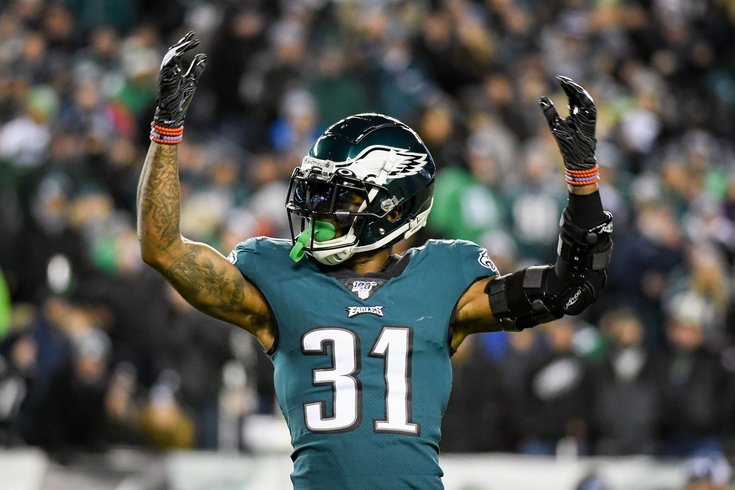 Eagles defensive back Jalen Mills during the Philadelphia Eagles wild-card loss to the Seattle Seahawks.

It's everyone's favorite time of the year, where we all sit down and try to guess how the Eagles are going to perform in a season that's months away, based on nothing other than rosters on paper and a newly-released schedule. But considering how desperate we all are for sports across the board, there are worse things to spend our time on than NFL futures betting. Let the 10-6 predictions begin.

Now that the NFL schedule has been released in full, we know the general outline of the season so long as the NFL is actually able to have it (which at this point is certainly not guaranteed). Even with a division winner's schedule, things have broken pretty favorably for Philadelphia.

That's reflected in newly-released odds from the good folks in Las Vegas. Westgate's SuperBook released their first post-schedule odds of the year on Thursday, and as of right now, the bookmakers seem to think they have a good chance to make the playoffs, coming in tied for the fourth-best odds in the NFC with the Tampa Bay Buccaneers.

On paper, these are the safe projections, although Vegas being this low on the Green Bay Packers is pretty interesting considering they went 13-3 and made a run to the NFC Championship game last season. Many fans and analysts doubted their credentials last season, and Vegas seems to be banking on Green Bay's record in close games last year regressing toward the mean.

(I also think the Bucs are a bit overvalued here. Tom Brady will have considerably better weaponry in Tampa Bay, but his play-to-play and game-to-game consistency dipped dramatically in the second half of last season, and he will continue to fight the aging curve this year. At those odds, I'd rather bet on someone I don't worry about crumbling into dust.)

But as the NFC leaderboard shows, the Eagles are not Vegas' favorite team in the division heading into the year. That title belongs to, you guessed it, the hated Dallas Cowboys, who are the even-odds favorite to win the NFC East this season.

There are several factors working against the Eagles here:

Even still, they're not far behind the Cowboys and are well out in front of the two rebuilding teams. And with their final two games of the season against divisional opponents, including a road game in Dallas in Week 16 that could decide the division if both teams are in the hunt, the Eagles should be a factor heading into January.

As our own Jimmy Kempski detailed earlier on Friday, there are far more advantages than disadvantages to Philadelphia's schedule. Outside of a Week 4 trip to San Francisco, their early slate is stacked with home games and easy travel games, including a Week 1 trip to Washington and a Week 5 journey to Pittsburgh. They could very easily get off to a 3-0 start, and they don't play any teams coming off of bye weeks this season, a nice break from the schedule gods that will put them on a level playing field with each of their opponents.

If you want to go game-by-game, we can already do that, too. BetOnline released preliminary lines for every NFL game following the release of the schedule, and the Eagles are favored in exactly half of them.

Anyway, all of this will only matter if this season is able to be played, which is far from guaranteed at this juncture. But if you need to feed the gambling beast, you have your latest excuse.