Two from Philly and one from Jersey 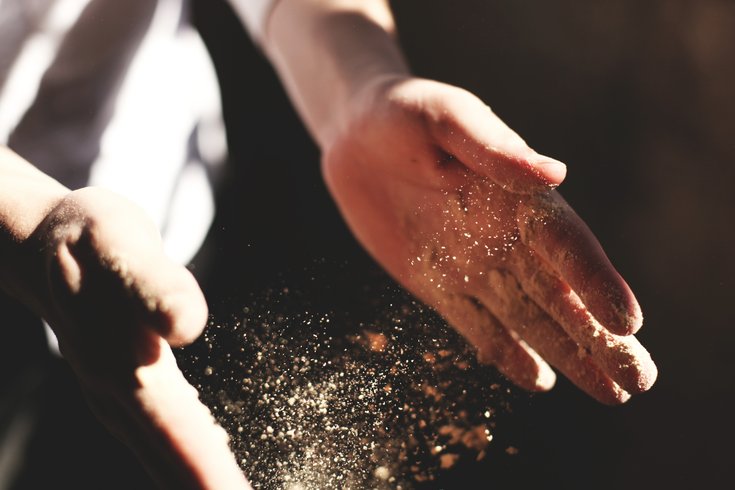 On Thursday night, the premiere of "Top Chef" season 16 aired on Bravo. This season they're in Kentucky, with Padma Lakshmi back as the show's host, and Tom Colicchio and Graham Elliot at the judges' table.

The competition starts with 15 chefs, but we already know who you should root for – three hometown heroes.

RELATED: "Late Late's" James Corden parodies "Thank U, Next" in tribute to Jeff Goldblum | Here are 5 easy day trips for when you're about to lose your 2018 vacation time

Konrad, Maronski and Viana all got a lot of screen time and sound bites on their background, which bodes well for them lasting a while.

Konrad (who looks a little like Elmi, so maybe he has a good chance of winning, too?), told us, "Nick said, 'Make sure your food tastes good and have fun most of all.' We'll see how that goes."

It was accompanied by a photo of the two of them, and yes, it was cute.

Maronski talked about growing up with a mom who cooked a lot of Vietnamese food. She explained how she hasn't worked in 10 months (at time of filming) and my heart went out to her. We know Philly loves an underdog.

Viana, who was nominated for a James Beard Award, got the most screen time. His best sound bite was, "Making a Plan B dish on 'Top Chef' first elimination round. I'm going to make the best soup of my life."

Spoiler alert: he did.

The episode starts with the chefs walking into Churchill Downs. They introduce themselves, and I immediately swear I will stop watching if my three favorites don't make it to the finale.

I really wanted to sort these teams into Hogwarts houses but alas, five teams.

For the first Elimination Challenge, the teams then have to compete amongst themselves at a Derby party for 200 guests.

First they shop, then they're allowed to go to the "Top Chef" house. It's a mansion but I'll let chef Justin Sutherland sum it up with, "The bathrooms are nuts. We're going to be well-bathed and clean-butted the entire time."

Let's fast forward to a summary of the party:

Red group – Someone made a tomato cobbler, which sounds weird (Is it southern? Please comment) and apparently it didn't go well.

White group  – Both Konrad and Maronski do amazing.

And the winner is...*drum roll please* Maronski, while tomato cobbler woman goes home. As for next week, make sure to buy some Maker's Mark.