Trujillo drops out of mayoral race

He cites family reasons; seeks to back a new candidate 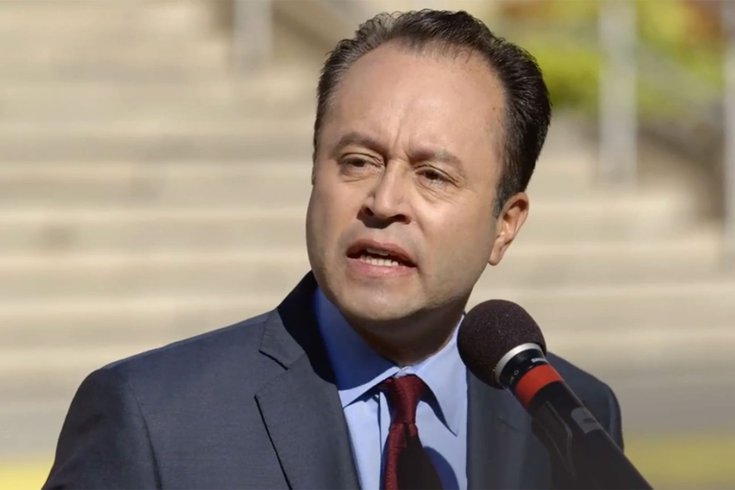 Philadelphia mayoral candidate Ken Trujillo is bowing out of the race.

His campaign released the following statement:

“It is with great regret that I announce today I will no longer pursue the office of Mayor of Philadelphia. My wife, daughter and I are greatly saddened by this decision, but there are family matters that require my full attention. I am announcing this now because I believe strongly that we must leave the door open for another candidate to enter this race. Philadelphia needs someone who has the skills and values to put Philadelphia first, and I very much hope voters will have such an option. I am grateful for the extraordinary support I’ve received, and it is my sincerest regret that I will not be able to pursue this campaign to the end.”

A source with knowledge of the issue said Trujillo made his decision within the last two days, saying the family matters involve his relatives in New Mexico.

“There is nothing scandalous underlying this,” the source said. “There is certainly nothing criminal going on.”

The source declined to cite the specific family matter at hand, but said it will require Trujillo to travel to New Mexico, affecting his ability to campaign.

“He felt he had a responsibility to make room for someone who could not only win, but was also fit to lead,” the source said.

Trujillo is actively engaged in discussions with other individuals who are considering entering the race, the source added, saying Trujillo is committed to providing financial backing. The source declined to name the individuals involved.

“He’s engaged in conversations with different people who are considering getting into the race,” the source said. “He’s committed to putting his full support behind whoever gets in.”

Trujillo, also a former prosecutor, announced his campaign last September. He called for an end to the School Reform Commission and stop-and-frisk policing tactics.

He hosted a State of the Union gathering at Benjamin’s Desk last night, before bowing out of the race today.

Longtime political observer Larry Ceisler said Trujillo’s exit will have little, if any, effect on the race as it stands today. But Ceisler said Trujillio held the potential to be a significant factor had his campaign had time to get off the ground.

“The fact is you had to measure Trujillo’s candidacy in its potential rather than the reality of today,” Ceisler said. “No voter knew who Ken Trujillo was. He wouldn’t register in the polls or anything like that."

Yet, Trujillo’s ability to self-fund and raise money, combined with his intelligence, articulateness and thoughtfulness, gave him the potential to impact the race, Ceisler said.

“I think a lot of people thought that he could have been the Tom Wolf of the mayor’s race,” Ceisler said. “The fact is that he came and he went. It’s as simple as that.”

Trujillo is the second candidate to exit the race. Terry Gillen, the former director of the city’s Office of Federal Affairs, left earlier this month.

City Council President Darrell Clarke announced earlier this month that he would not enter the race, ending months of speculation.

City Controller Alan Butkovitz, initially ruled out a run for mayor. Following Clarke's announcement, Butkovitz said he needed to get the "pulse of the Philadelphia political community" before reconsidering his decision.

Butkovitz said he did not have anything new to report following Trujillo's decision.

"It does open the field up for other potential candidates," Butkovitz said. "As far as what I'm going to do, I'm still involved in a lot of conversations and exchanges about the practicality of doing a race with things changing this late in the season."