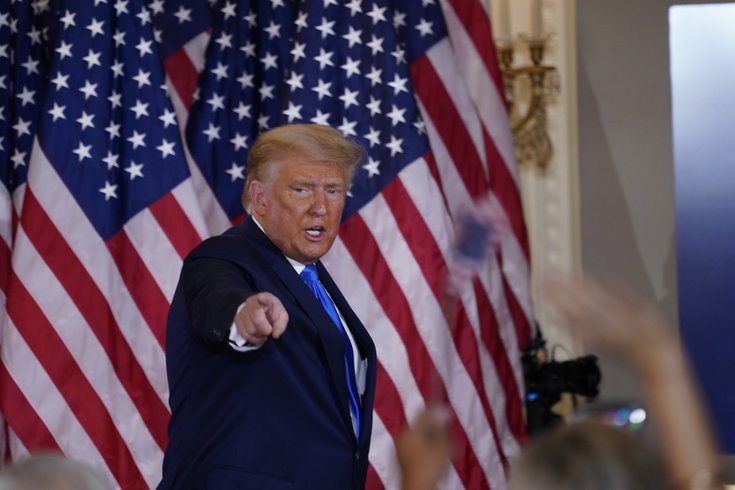 President Donald Trump reportedly asked the speaker of the Pennsylvania House of Representatives twice in the past week to help reverse Joe Biden's win in the state — yet another attempt by the president to undermine the 2020 election results.

Pennsylvania is the third state where Trump has pressured politicians and other officials to support his baseless claims that voter fraud caused him to lose the November election, the Washington Post reported. He also has tried to influence officials in Michigan and Georgia.

Pennsylvania State Rep. Bryan Cutler, a Republican who represents parts of Lancaster County and is the Pennsylvania Speaker of the House, confirmed these calls with the president, saying he informed Trump that the legislature has no power to overturn certified election results.

"The president said, 'I'm hearing about all these issues in Philadelphia, and these issues with your law,'" Cutler's spokesman Michael Straub told the Post.

Cutler reportedly explained to Trump how allegations of fraud would have to be proven in court, and Straub said the president did not pressure Cutler in a "hostile" way during these calls.

Still, Cutler is among 60 Republican state lawmakers who signed a letter asking members of Pennsylvania's congressional delegation to  object to the state's own electoral votes when Congress is back in session.

Among Pennsylvania's U.S. congress members, it appears that so far, at least one will comply with this request – U.S. Rep. Scott Perry, the Republican representing the 10th District, which covers Dauphin County and parts of Cumberland and York counties.

In an interview with LancasterOnline this week, Cutler said the letter is intended to keep options open while court cases are resolved.

"All it does is make them question (the results)," the congressman said. "That's it. That's important, because while our electors are certified, there's still some ongoing litigation that should be considered should something change."

In the letter, lawmakers argue that eased election restrictions due to the COVID-19 pandemic  "undermined the lawful certification" of  electors. This effort would need support from both the U.S. Senate and the Democrat-controlled House, which is unlikely.

The General Assembly is not back in session until Jan. 6, and only Gov. Tom Wolf or a court has the power to order a special session before then. Cutler is up for re-election on Jan. 5, where he faces substantial pressure.

One week after Wolf certified Biden's win in Pennsylvania., Cutler posted on Facebook, explaining that the state legislature could not act on a resolution to delay that certification due to the state constitution.

On Monday, Culter again posted to Facebook, stating that the congressional delegation "does not call for 'rival electors' or overturning any results of the popular vote," but instead a delay in counting Pennsylvania's electoral votes until all legal challenges are resolved. Cutler called it a "pause button."

This comes after Trump lost several legal challenges in both Pennsylvania state and federal courts, all the while maintaining his baseless claims of widespread election fraud.

At a rally for two Republican Senate candidates in Georgia, Trump spoke on election fraud for nearly two hours, the Post reported.

"We will find that hundreds of thousands of ballots were illegally cast in your state and all over the country, by the way, more than enough to give us a total historic victory," Trump said at the rally. "This is our country … they are trying to take it from us through rigging fraud, deception and deceit."