University City Townhomes encampment must must be taken down by Monday, judge rules 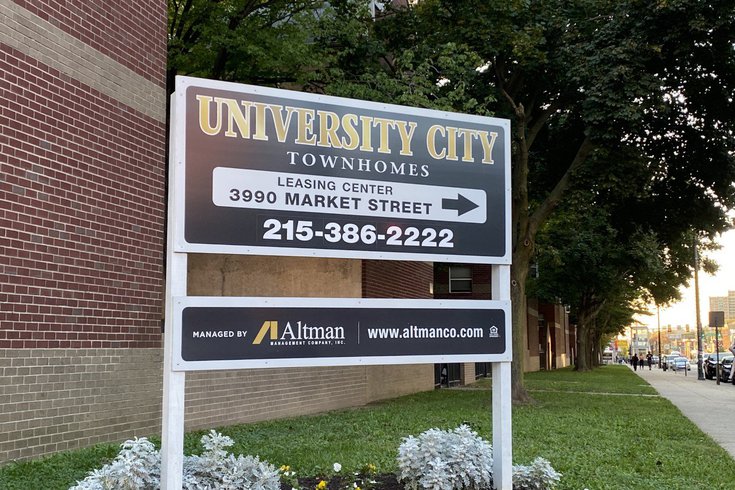 Activists and residents working to save the University City Townhomes affordable housing complex faced a setback this week when a judge ruled that their encampment on the property must be torn down by Monday.

A judge ruled this week that a cluster of tents outside the University City Townhomes must be torn down and that the Philadelphia Sheriff's Office can break up the encampment as soon as Monday morning.

Still, residents and activists are certain the fight to save the affordable housing complex will continue, Billy Penn reported.

“We’ve been trying to get a meeting with the owner but he won’t meet us," resident Amira Brown told the outlet. "So this is what we have to do.”

She's lived in the complex on 40th and Market streets for 19 years and raised her grandkids there. The family is one of almost 70 who live at the property. Most are Black or Hispanic.

For nearly four decades, the owner IBID Associates has had a contract with the U.S. Department of Housing and Urban Development to provide affordable housing.

But last summer, the company indicated that it planned to end the contract and sell the property so it can be redeveloped, which would result in the displacement of its current residents. They have to vacate their homes by Sept. 7.

The city is currently working to find suitable alternative housing, but some residents aren't impressed with what they've been shown so far.

"A lot of them are in difficult neighborhoods and some of them have holes in the ceilings and walls, I can’t believe they’re showing us stuff like that," Darlene Foreman told FOX29.

Brown told the channel that she gets about $830 a month for rent through a housing voucher, but that she hasn't found anywhere she can afford in Philadelphia so far.

The city already has an affordable housing shortage and many landlords don't accept vouchers like Brown's.

There also aren't many affordable housing options in neighborhoods like University City, which has good access to grocery stores, healthcare centers and a library.

West Philadelphia has seen a lot of new housing and other developments in recent years, but gentrification is not new in the neighborhood.

The townhomes are one of the last remnants of the "Black Bottom," a historic working class African American neighborhood which has been almost completely consumed by the expansion of Drexel University and the University of Pennsylvania.

This article was edited after it was originally published.