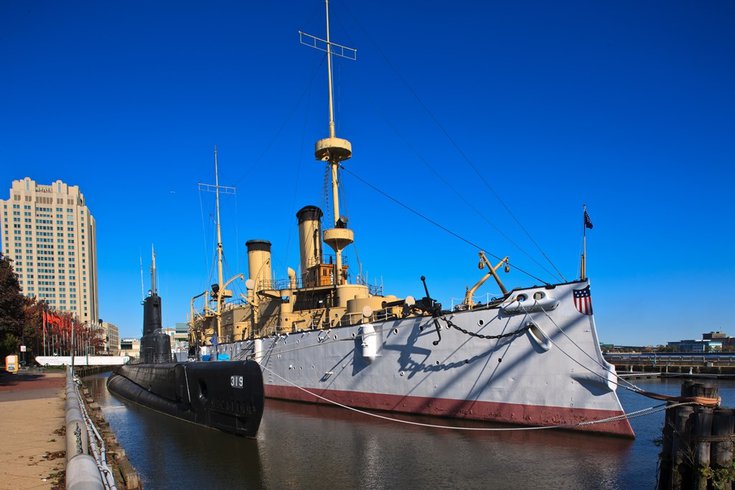 Airbnb Experience is hosting tours of Submarine Becuna at the Independence Seaport Museum on Feb. 26 and March 26. The host will tell stories about the people who served on the ship, and take visitors into compartments that are not accessible to the public.

The USS Becuna, a submarine first commissioned in 1944, served on five war patrols during World War II, two of which were deemed successful. After the conflict, the ship traveled around the United States in assistance to the Navy until 1949.

Since 1976, Submarine Becuna has been on display off of Christopher Columbus Boulevard, and is now part of the Independence Seaport Museum.

Now, history buffs who want to learn a more personified history of the Naval ship can climb aboard for a unique tour offered through Airbnb Experiences. "Sub Stories" will tell the stories of people who served on the submarine and show visitors parts of the ship that have never been open to the public.

The tours run Feb. 26 and March 26 – both Saturdays – from 3:30-4:30 p.m. Tickets are available through Airbnb Experiences, beginning at $40 per person. Group packages also are available for up to 10 people.

Tours will begin with a brief, contextualized history of the Submarine Becuna and its significance to World War II and to U.S. Naval history.

Then, visitors will make multiple stops in the ship's compartments, many of which are not accessible during regular tours.

One of these stops is in the Becuna's conning tower — where the commanding officer would issue orders. There, guests will hear stories about the lives of people serving on the ship, rather than of the vehicle itself. The tower is vertical, so skirts or similar clothing is not recommended.

Other "sub stories" include a flooding incident, a tale of wartime espionage and a "disappointing tale of missing the biggest target a submariner could dream of," said host Gregory Williams, the manager and shipboard educator of Submarine Becuna.

Airbnb Experiences hosts several other historical, behind-the-scenes tours at Philadelphia landmarks, including at the Betsy Ross House and Carpenters' Hall. Each experience explores the history behind the landmark, personifying the experience, rather than providing simple textbook information. Both of these experiences will only be around for the next several weeks.

Masks are required, regardless of vaccination status. Cameras are allowed and encouraged.