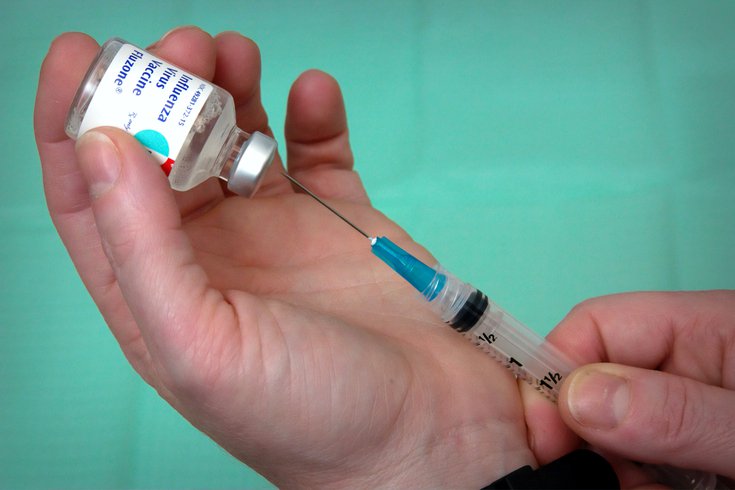 Perhaps 70% to 80% of the population get the COVID-19 vaccine – once available – to halt the pandemic's progress. But many people are skeptical of vaccines, a factor that eventually could impede efforts against the coronavirus.

An estimated 24,000 to 62,000 people died from the flu in the United States during the 2019-20 flu season. And that was a relatively mild flu season, which typically starts in October and peaks between December and February.

With the advent of flu season, and COVID-19 cases rising, a public health disaster even worse than what we’re now experiencing could occur this fall and winter. Two very dangerous respiratory diseases could be circulating at once.

This will put the general population at risk as well as the millions of people who have pre-existing conditions. Hospitals and health care workers would likely be overwhelmed again.

We are scholars from the Edward R. Murrow Center for Media & Health Promotion Research at Washington State University. As we see it, the only way out of the reopening and reclosing cycles is to convince people to get the flu vaccine in early fall – and then the COVID-19 vaccine when it’s available. Right now, up to 20 COVID-19 vaccine candidates are already in human trials. Chances seem good that at least one will be available for distribution in 2021.

But recent studies suggest that 35% might not want to get a COVID vaccine, and fewer than half received a flu vaccine for the 2019-2020 season.

To arrest the pandemic’s spread, perhaps 70% to 80% of the population must opt in and get the vaccine. They also need the flu shot to avoid co-infection which complicates diagnosis and treatment.

Achieving herd immunity is a steep climb. We conducted a national online survey, with 1,264 participants, between June 22 and July 18. We found that only 56% of adults said they were likely or extremely likely to get the COVID-19 vaccine. Westerners were most accepting (64%), followed by Midwesterners (58%), with Southerners (53%) and Northeasterners (50%) least likely.

Anti-vaxxers, promoting unlikely scenarios and outright falsehoods about vaccine risks, are not helping.

With all this in mind, we would like to share some myths and truths about how to increase rates of vaccinations.

People who support vaccination sometimes believe their own set of myths, which actually may stand in the way of getting people vaccinated. One such myth is that people respond to facts and that vaccine hesitancy can be overcome by facts.

That is not necessarily true. Actually, knowledge alone rarely convinces people to change behavior. Most decisions are informed – or misinformed – by emotions: confidence, threat, empathy and worry are four of them.

Another myth is that people can easily separate accurate information from the inaccurate. This is not always true, either. With so much misinformation and disinformation out there, people are often overconfident about their ability to discern good from bad. Our research during the H1N1 epidemic showed that overconfidence can lead to faulty conclusions that increase risk.

Also, it’s not always true that people are motivated to get accurate information to protect themselves and their loved ones. People are often too busy to parse information, especially on complicated subjects. They instead rely on shortcuts, often looking for consistency with their own attitudes, social media endorsements and accessibility.

And, to complicate matters, people will sometimes disregard additional fact checking that contradicts their political beliefs.

Assuming that people who get the flu vaccine will also get the COVID-19 vaccine is a mistake, too.

Ways that do help

Here are five things you can do to encourage your family, friends and neighbors to vaccinate and to seek out reliable information:

And emphasize the things we are certain of: The pandemic is not going away by itself. Not all news outlets are the same. Both flu and COVID-19 shots are necessary. And vaccines work. Collectively, by turning around those who believe otherwise, we can save lives.