The actor says the disease left him struggling to see, hear and walk 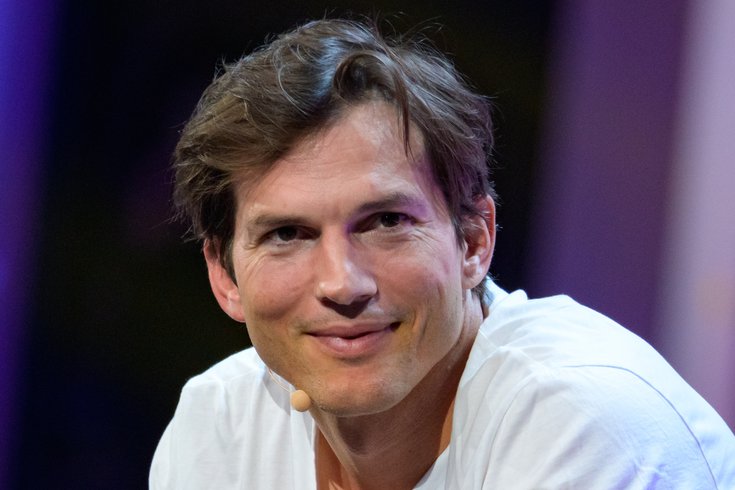 Ashton Kutcher, pictured at the OMR digital festival in Hamburg, Germany, opens up about his battle with vasculitis in an upcoming episode of National Geographic's 'Running Wild with Bear Grylls: The Challenge.'

Ashton Kutcher says he spent a year battling vasculitis, a rare condition that causes inflammation in the blood vessels and can lead to organ damage.

The actor opened up about his health journey in an upcoming episode of National Geographic's "Running Wild with Bear Grylls: The Challenge." A clip of Kutcher discussing vasculitis was released Monday to "Access Hollywood."

"Like two years ago, I had this weird, super-rare form of vasculitis," Kutcher told Bear Grylls during a hike. "Knocked out my vision, knocked out my hearing, knocked out like all my equilibrium. It took me like a year to like build it all back up.

There are many different forms of vasculitis. It is not clear which type Kutcher had, but most of them are rare. The condition can be temporary or chronic.

Though some forms of vasculitis can improve on their own, most require medication to control inflammation and prevent flare-ups. In really severe cases, complications can lead to death.

What are the symptoms?

Symptoms of most types of vasculitis include fever, headache, fatigue, weight loss, general aches and pains. The disease also can target specific parts of the body. When it affects the digestive system, it can cause pain after eating, ulcers and perforations that cause blood in the stool. It also can cause dizziness or ringing in the ears and lead to hearing loss.

When vasculitis affects the eyes, it can make the eyes red and itch or burn.

Giant cell arteritis is the most common form of vasculitis among adults, according to the Johns Hopkins Vasculitis Center. It can lead to double vision and temporary or permanent blindness – often the first sign of the disease. It also can cause damage to the lungs and skin. Giant cell arteritis usually affects people over age 50.

Behcet's disease can cause inflammation throughout the body and can result in mouth sores, eye inflammation, skin rashes and lesions, and genital sores.

Adult-onset asthma can be the first sign of Churg-Strauss syndrome, which is known to cause nasal allergies, sinus problems, rash, gastrointestinal bleeding, and pain and numbness in hands and feet.

Kawasaki disease, a form of vasculitis that affects children under age 5, also causes swelling in the lymph nodes and mucus membranes inside the mouth, nose, eyes and throat. They may experience high fever, swollen hands and feet with skin peeling, and red eyes and tongue.

How is it diagnosed?

To diagnose vasculitis, blood and urine tests usually are needed to measure levels of certain blood cells and antibodies. Sometimes a biopsy of the affected blood vessel or organ is needed, too.

How is vasculitis treated?

The most common prescription medicine used to reduce inflammation are corticosteroids, such as prednisone, and disease-modifying, anti-rheumatic drugs, such as cyclophosphamide.

Practicing good self-care is also important in the treatment of this disease, according to The Arthritis Foundation. Eating a healthy diet, exercising regularly and good stress management can help reduce inflammation.

Who is at risk?

Vasculitis can affect anyone, but ther are various factors that increase the risk of its many forms.

Behcet's disease and Kawasaki disease can run in families. So can granulomatosis with polyangilitis, a type of vasculitis that inflames the blood vessels in the nose, sinuses, throat, lungs and kidneys.

Men are more likely to develop Buerger's disease, a form that destroys skin tissues in the arms and legs, leading to gangrene. But giant cell arteritis is far more common among women.

People who smoke tobacco, particularly men under age 45, are at higher risk of developing Buerger's disease. Cocaine use also increases the risk of vasculitis.

Some medications for high blood pressure, like hydralazine, and thyroid disease, like propylithiouracil, also increase the risk. So do allopurinol, a drug used to treat gout and kidney stones, and minocycline, an antibiotic used to treat acne and various infections.

Vasculitis also can occur in conjunction with other diseases that cause the immune system to attack joints, muscles, bones or organs, such as rheumatoid arthritis, scleroderma and lupus.