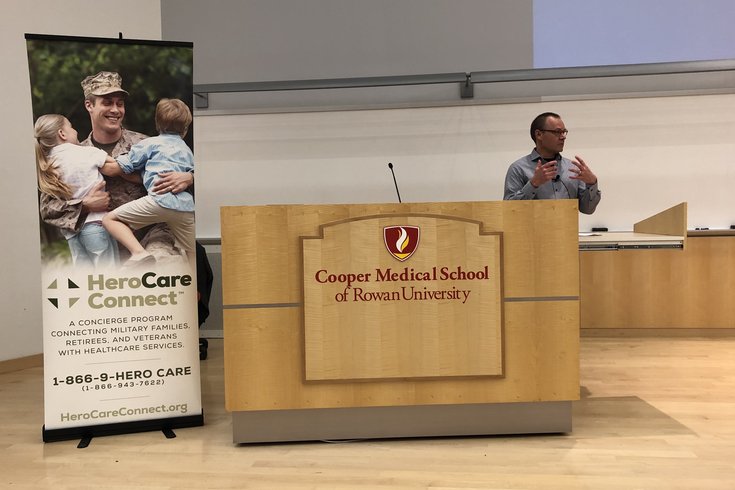 Thor Ringler describes the impact of Veterans Affairs' 'My Life, My Story,' program, which seeks to provide veterans with more personalized care by having them share their life story with their medical providers.

Thor Ringler began with an open-ended question, as he does whenever he interviews a veteran that comes through the William S. Middleton Memorial Veterans Hospital in Madison, Wisconsin.

"What do you want your care team to know about you as a person?" Ringler asked Charles Johnson, a Vietnam veteran who had spent years working as an electrician, battled post-traumatic stress disorder and beat several forms of cancer.

Over the next hour, Johnson delved into his life story, but he particularly stressed the impact of a childhood friendship that ended when his friend, Bill, died during an ambush in Vietnam.

The two had grown up together in farm country before becoming the first two people drafted from their hometown. Johnson had requested a leave of absence to attend his friend's funeral; his commander had turned him down.

Johnson told his story as part of Veterans Affairs' "My Life, My Story" program, an effort launched six years ago in Madison to foster greater connections between veterans and the health care providers treating them.

As part of the "My Life, My Story" program, VA staffers and volunteers interview veterans on their lives, jotting down whatever the veterans wish to share. Those stories are then summarized into 1,000-word accounts, revised with the veterans' input and uploaded to their electronic medical record, which can be accessed at any VA medical site.

Ringler, who manages the Wisconsin site, highlighted the program on Monday – Veterans Day – during a presentation to physicians, medical students and other health care providers at Cooper Medical School of Rowan University.

The program's goal is to facilitate a more personalized health care experience for the veterans who rely on the VA for treatment, Ringler said. In turn, it reminds medical providers of one of the primary reasons they entered the profession – to treat patients, not diseases.

"I think that people have known for a long time that stories are important," Ringler said. "The patients that come to us, the people that we try to help, have lives that are bigger than just what they're presenting us with."

Ringler relayed the story of one provider, who had used one backstory – of a one-time cook in Afghanistan – to help manage the veteran's diabetes. Knowing the man's cooking experience helped the provider tailor the vet's diet education. And understanding that he had been active in sports helped the provider stress the importance of physical activity in managing the disease.

Since the program launched in 2013, it has expanded to 50 other VA sites, including the Philadelphia VA Medical Center. Cooper's HeroCare Connect, which provides specialty care for South Jersey veterans and military personnel stationed at Joint Base McGuire-Dix-Lakehurst, is adding the program, too.

More than 4,500 veterans across the United States have been interviewed, including 1,500 in Wisconsin. Their stories, which also are printed out and distributed to the veterans, sometimes offer a glimpse into another time.

One World War II veteran – a member of the 101st Airborne Division – was wounded during the Normandy invasion. He ended up in a German hospital and later escaped from a P.O.W. camp – which he described as easy. He and some others simply escaped when the Germans asked for volunteers to do some woodcutting.

"We get feedback from families ... that they've never heard these stories before," Ringler said. "In some ways, a story can be a way to share things with your family that you wouldn't be able to do face-to-face. It's really hard to sit in front of people that you love and tell them about bad things that happened to you.

"You get emotional and it's upsetting," Ringler continued. "For some people, these stories are a way to facilitate that."

"They're inspirational to providers and serve as connecting points to them," he said. But that took some time.

Put simply, health care is improved by finding time to better understand patients and making them feel important, Ringler said. Stories are a way to do that.