Cause of Victory Brewing taproom fire in Kennett Square under investigation

The fire broke out around 6:30 p.m. Monday, authorities said 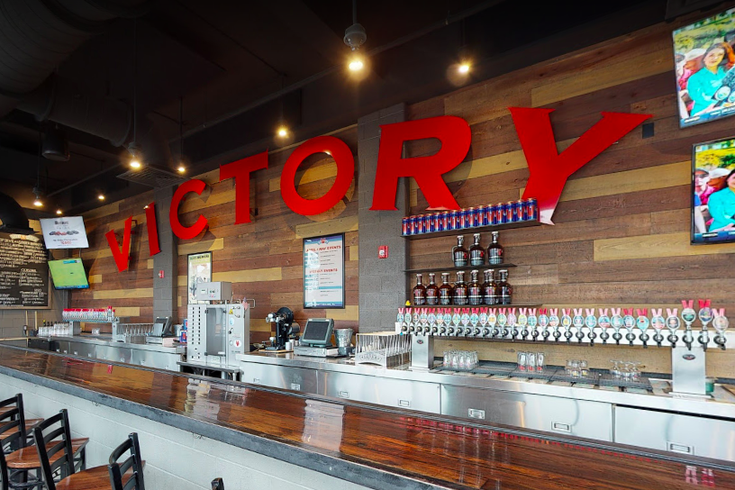 Victory Brewing Company's taproom in Kennett Square was closed when a fire erupted in the four-story building Monday night.

Fire authorities are investigating the cause of the blaze, which began around 6:30 p.m. on the 600 block of West Cypress Street, according to the Kennett Square Fire Department.

Firefighters found smoke spilling from the first floor of the four-story, 33-unit building. The building was searched and evacuated. No injuries were reported.

Fire crews were forced to evacuate the building after smelling a natural gas odor. PECO was called to the scene to address an exposed gas line near the fire.

First responders cleared the scene by 2 a.m Tuesday. At one point, 59 fire crews and speciality units from across the region were on the scene.

#BREAKING: Chopper 6 over the 600 block of W. Cypress Street in Kennett Square, PA...That is where a building fire with a collapse is happening. The incident happened around 6:30pm...Street level is a Victory Brewing...with apartments above. No word on any injuries. @6abc pic.twitter.com/XVY2CPWBIC


#BREAKING: NEW Video from the Action Cam of the fire with collapse in Kennett Square, PA. This is happening on the 600 block of West Cypress Street. PECO confirms crews on scene, working with other emergency crews. 55 customers without power. Still no word on injuries....@6abc pic.twitter.com/zdLRgB7xnQ


600 block of W. Cypress Street in Kennett Square, PA...a building fire with a collapse. Central and southern fire companies from Chester County are here, along with Lancaster and New Castle County. Building collapse team from Chester County here. No word on any injuries pic.twitter.com/vAgoFzM9dN

Investigators told the Daily Local that a gas leak from the utility line that runs into the "tank" area of the brewery sparked the fire. The gas collected inside the room before leading to two explosions. The first blew the windows out. The second explosion came from one of the tanks.

Last night around 18:30hrs Kennett Fire Co was dispatched for the automatic fire alarm at 600 W Cypress St in Kennett...

The taproom was closed Monday, so no customers or staff were in the building at the time of the fire, Victory Brewing wrote on its Facebook page.

Victory Brewing staff were at the site Monday working the American Red Cross and first responder to gather more information about the cause. The company also was seeking to help the building residents who were displaced by the fire.

"We are praying for the safety of those involved and want to thank the first responders who quickly arrived on site, safely aided in the evacuation of the building and are working to control the fire," the company wrote.

Tonight, around 6:30PM there was an explosion and fire in the 600 block of W Cypress St in the building where the...

The American Red Cross of Southeastern Pennsylvania said all displaced members had a place to stay Monday night, PennLive reported. It was not immediately known how many people were displaced.

The taproom, which resumed indoor service earlier this month, is one of three that Victory Brewing operates in Chester County. The others are located at the company's Downingtown headquarters and in Parkesburg.

Victory Brewing is planning to open an additional taproom in Philly along the Ben Franklin Parkway this year.