Video: Dude jumps on back of cop car at Temple tailgate 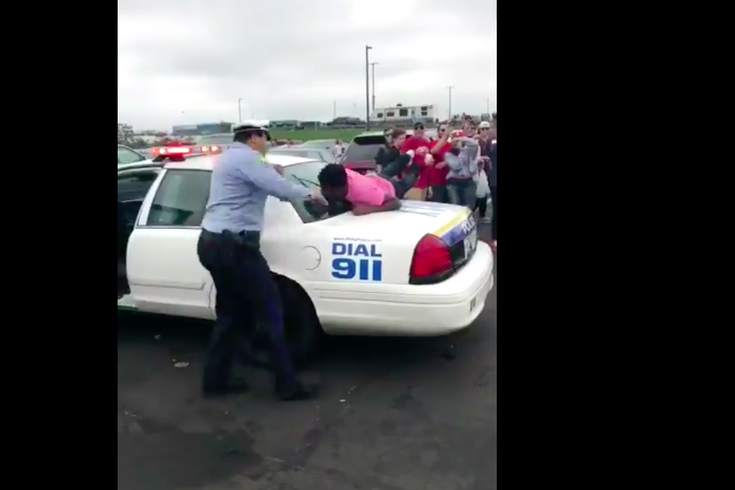 The man in the pink shirt was kicked out of the Citizens Bank Park parking lot during a tailgate for the Temple homecoming game after jumping on a cop car, police said.

A video posted to Twitter on Saturday shows a young man making an, um, interesting decision by jumping back-first onto the trunk of a police car during what appears to be a tailgate for the Temple University homecoming football game.

After he makes his fateful leap, an officer almost immediately gets out of the car, drags him off and puts him in the back of the vehicle.

The Twitter user who posted the video, @Ty_Salone, gave an update of his own, saying his "manz" had been freed from custody.

Philadelphia Police Public Affairs Officer Tanya Little said that the individual in the video was not arrested but was ejected from the parking lot. Asked to explain why the person in the video jumped on the cop car, @Ty_Salone said in a Twitter message it was a successful attempt to "save the tailgate."

Cop came to kick everyone out of the tailgate... he hopped on the back of the paddy wagon and took him away and the tailgate lasted another 3 hours