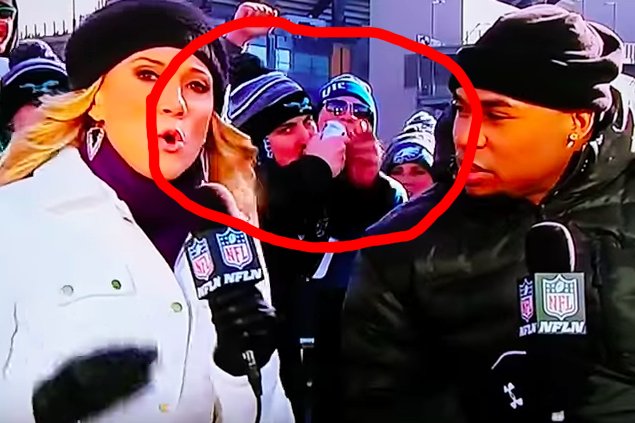 Who would you say was the MVP of the Philadelphia Eagles' playoff victory Saturday? Competent Nick Foles? Any member of the dominant defense? Not dumb Doug Pederson?

All of the above deserve credit for what happened on the field. But off the field, it has to be Birds fan JT Evans. During the NFL Network's pregame show in a Lincoln Financial Field parking lot, Evans found himself directly behind the camera.

So, being at a tailgate and on live television at the same time, he did what any good fan should do: shotgun a beer.

And then he shotgunned another.

And then a third.

And then one more for good measure.

Preston & Steve caught up with Evans on Monday. He's from Pottsville, and said he's caught some flak for drinking Miller Lite instead of Yuengling. He also implied that an NFL Network producer may have noticed his antics, and may or may not have encouraged him to keep doing it and made sure he was placed in view of the camera behind Steve Smith.

You can listen to Evans' full interview with Preston & Steve here.